Amanda Cerny is an American social media personality, model, and actress. She is best known for her appearance in the ‘Playboy Magazine’. Apart from that, she is also known for her funny vine videos and sketches which she uploads on her YouTube channel. She used to share unique and funny videos on her channel through which she was able to garner millions of followers across the country.

Amanda Cerny was born on 26th June 1991 in Pittsburgh, Pennsylvania, U.S.A. Her father’s name is Russ Cerny, who is a businessman and her mother’s name is Amy Reed, a model. She has a sibling named Samantha Cerny, who is a famous YouTuber. Unfortunately, her parents divorced. She also has a half brother named Nick Bateman, who is a budding actor. Since her childhood, Amanda has shown a great interest in modeling.

Amanda Cerny started her career as a model. At her initial stage of career, she appeared in a magazine called Playboy magazine. After that, she participated in a beauty pageant and won the title of Miss October 2011.

After winning the title, she made up her mind to drop out of university and solely focused on her career as a model. Along with modeling, she also launched her self entitled YouTube channel. She started by making Vine videos on YouTube with her fellow YouTubers. It helped her to reach more people and became popular for her funny content. In no time, she became an internet sensation. 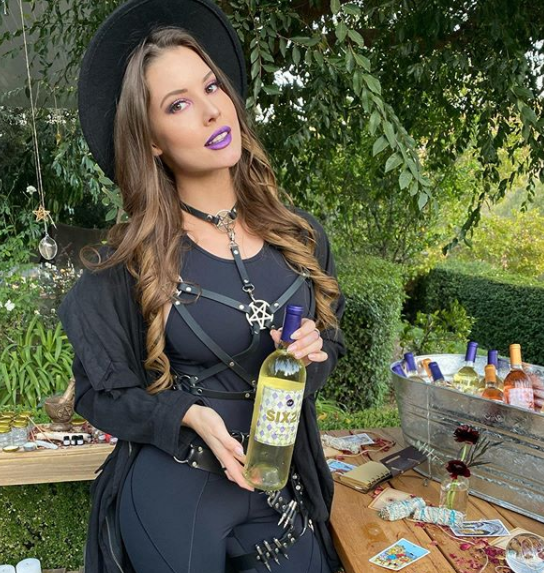 She has more than 26 million followers on her Instagram account and gathered millions of views on her YouTube videos. In 2016, she became the founder and entrepreneur of ZEUS.To date, Amanda has collaborated with famous brands like Marc Jacobs, Universal, Nike, now Guess, Beats by Dre, and Ubisoft.

Amanda can be seen in music videos by Dillon Francis, Eli Roth, and DJ Chuckie. She also made it on to the cover of Health & Wellness. After appearing on the cover, she decided to make videos on fitness. Apart from being a model and YouTuber, she is also an actress. Some of her notable TV shows and movies are 211, The Deleted, Shane & Friends, Rim Of The World, and Dead House. In 2020, she portrayed the role of Violet in a movie named The Babysitter: The Killer Queen.

In 2011, she dated Dane Cook, a well-known comedian of the Hollywood industry. Unfortunately, they called off their relationship within a few months. In 2015, she dated Keegan Allen, followed by King’s Batch in 2016. Then she dated Logan Paul, a famous YouTuber. But, the relationship didn’t last long. In 2018, she started dating Johannes Bartl, a YouTuber. Amanda is currently maintaining her romantic relationship with Johannes. 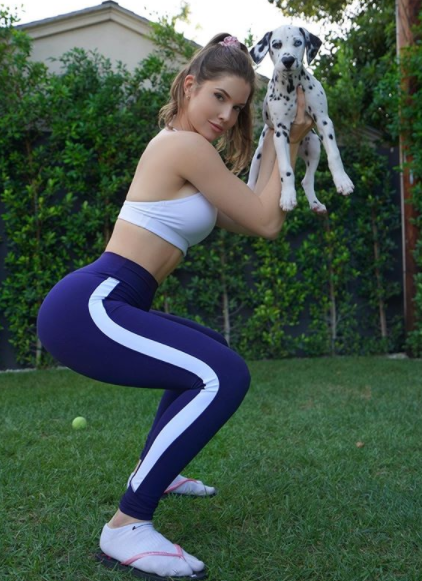 Amanda Cerny’s Amanda Cerny has a decent height of 5ft 7 inches and weighs around 59kg. Her body measurements are 35-25-36 inches. She is a fitness freak. She has a pair of attractive brown eyes and long brown hair.