Charles Melton is a popular American actor. He is famous for his role as Reggie Mantle in the CW’s drama series, ‘Riverdale’. He even made his appearance in the film, ‘The Sun is Also a Star’ as Daniel Bae. He made it to the cover page of Prestige. 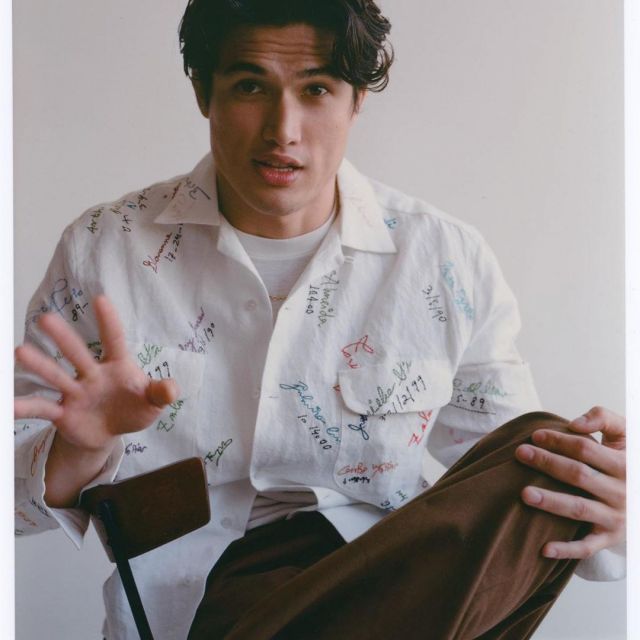 Charles Melton was born on 4th January 1991 in Juneau, AK. His full name is Charles Michael Melton. He is the son of Phil Melton and Sakyong. His father worked for the military. He spent his childhood days in Manhattan, Kansas. He and his family used to move every now and then because of his dad’s posting. He has a sibling named Tammie. In his initial period, he used to be a dog walker on the app Wag.

Charles attended Manhattan High School in Kansas. He enrolled himself at Kansas State University but dropped out of university to pursue acting as a career.

Charles started his career as a model. He modeled for MAC, Dolce & Gabbana, and Kenneth Cole. In 2015, he appeared in two short films named ‘Faces Without Eyes’ as Doc and ‘Bad Friend’ as Colin. That same year, he appeared in two episodes of America’s real-life horror stories series, ‘American Horror Story’.

In 2016, he portrayed the role of Chris in the short movie, ‘The Channel’. He even appeared in a music video named “Save My Soul” by Jojo. In 2017, he got the role of Reggie Mantle in the CW’s drama series, ‘Riverdale’ aired on Netflix.

In 2018, he starred as Cage in the web film, ‘The Thinning: New World Order’. In 2019, he was featured in a teen drama film, ‘The Sun is Also a Star’, which was adapted from a novel written by Nicola Yoon.

In 2019, he appeared in the music video named ‘Break up With your Girlfriend, I’m Bored’, which was sung by Arianna Grande. In 2020, he appeared as Rafe in the action-comedy movie, ‘Bad Boys for Life’. He will appear as Chris in the movie ‘Swing’

Charles Melton’s estimated net worth is around $2 million USD. He also pulls in a lot of money from brand endorsements and commercials.

Charles is currently single and solely focusing on his professional career. Earlier, he dated Camila Mendes. But they called off their relationship in late 2019.

Charles is 6 ft tall and weighs around 65 Kg. His well-shaped body measurements are 44-32-40 inches. He is a fitness freak and usually spends his leisure time playing basketball. He has black eyes and hair.