Froy Gutierrez is an American actor and an aiming musician. He was introduced to Hollywood at a really early age. He loved acting in school plays and in one of those plays, he was spotted by a talent agent.

Later, with his on-stage appearance, he started his official acting career in the productions of The Matchmaker and Little Women. He has now made an impressive presence in many of his big and small programs. In 2017, he made his first big-screen appearance in the movie “A Cowgirl’s Story”.

He was born on April 27, 1998, in Highland Park, Texas. He did his graduation from Booker T. Washington High School for the Performing and Visual Arts. He began submitting audition tapes after an agent saw him in a local play in 2015. 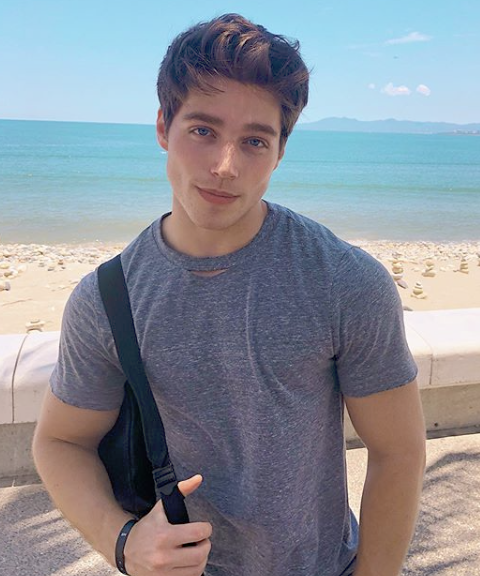 Froy’s father’s name is Froylan Gutierrez and his mother’s name is Heather Lee Gutierrez. Froy has two siblings, one younger brother and a baby sister who is in kindergarten. Discussing his ancestry, he is proud of his native heritage and grasps a mixed ethnicity. It bothers him when he is related to as a “white guy” because he worries that in this way his Mexican roots and Caxcan-native would get wiped out. From is bilingual as he was taught Spanish by his father and English by his mother.

From portrayed the role of Charlie in some episodes of Bella and the Bulldogs, Nickelodeon’s comedy series. In 2016, he was featured in two episodes of ABC’s famous,  “The Goldbergs” for which he still gets credits for his presence in the movie.

Moreover, his ability in acting films like “The Halloween Party”, Netflix’s “One Day at a Time”, cleared his path for the opportunity to cast in season six of “Teen Wolf”, an immense popular dark fantasy show.

Froy has been very particular about his love life. He had clearly mentioned that he is single. We can also say that he is not very open to speaking about relationships.

In the same manner, nothing can be said about him being gay. However, he was once rumored to be in a relationship with Alex Lange, his closest friend, and baseball pitcher but Froy did not agree with that either. So, we can assume that he is still single.