Israel Broussard is a talented American actor. The actor came into the limelight after his portrayal of Carter Davis in the horror and mystery based film, ‘Happy Death Day’. After his success in the movie, he garnered immense popularity in the entertainment industry. He is also famous for his role as Marc in a biography movie, ‘The Bling Ring’. In 2010, he stepped into the industry. He starred as Justin Thomas in the TV series, ‘Romantically Challenged’. 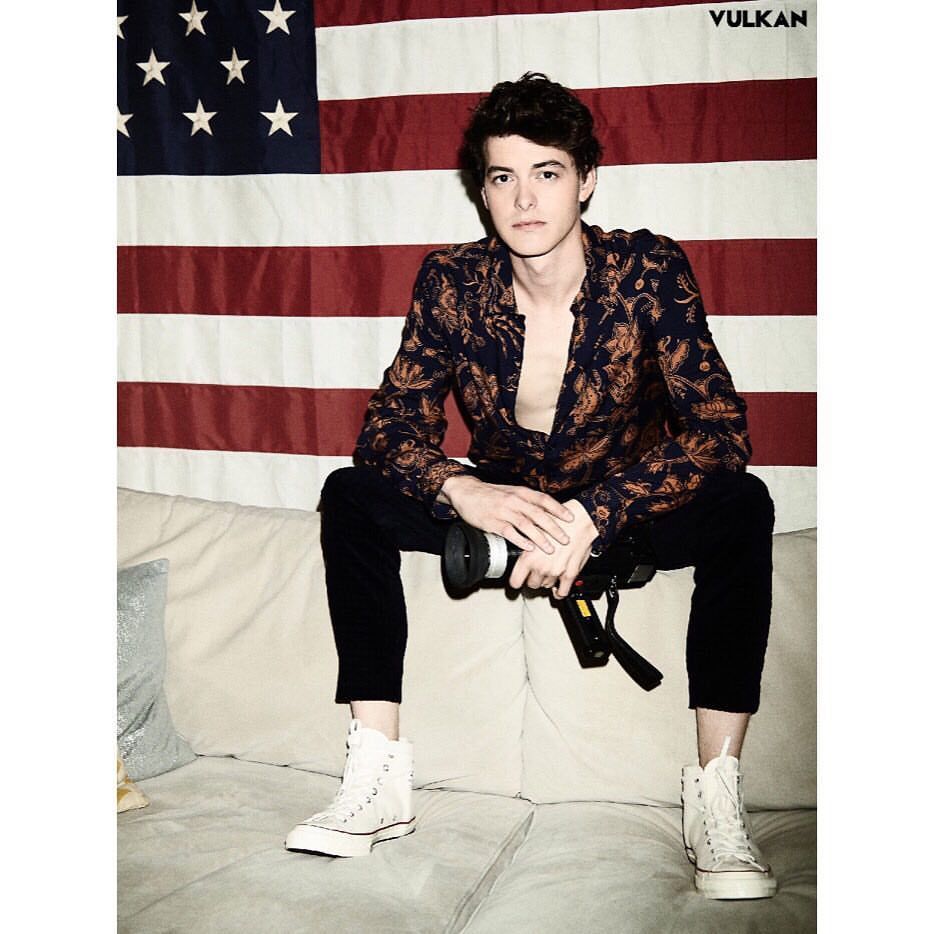 The handsomely talented actor was born on 22nd August 1994 in Saucier, Gulfport, Mississippi, United States. His late father’s name is Lawrence Clayton Adams and his mother’s name is Angela Clapp. When he was four years old, he lost his father. Later, her mother remarried Gil Broussard. He was brought up by his mom and stepdad. He has four siblings from his biological father and one sibling from his stepfather.

He has not revealed anything about his educational qualifications or perks.

In 2010, Israel appeared as Garrett Einbinder in the rom-com movie, ‘Flipped’. He starred as Josh in ‘The Chaperone’ in 2011. In 2013, he portrayed the role of Marc Hall in the satirical crime movie, ‘The Bling Ring’. That same year, he appeared in a minor role of Joey Noone in ‘Sons of Anarchy’.

In 2014, he was featured in ‘Earth to Echo’ as Cameron. He appeared in several movies and series like ‘H8RZ’ as Jack Stanton, ‘Jack of the Red Hearts’ as Robert Adams, and ‘Perfect High’ as Carson Taft (main role) in year 2015. In 2016, he appeared as Mike Jennings in the comedy movie, ‘Good Kids’.

In 2016, he appeared in a horror drama series named ‘Fear the Walking Dead’ as James McCalister. He starred as Carter Davis in the film, ‘Happy Death Day’ in 2017. In 2018, he landed the role of Miles in the movie ‘Extinction’. That same year, he got the major role of Josh Sanderson in the rom-com movie series, ‘To All the Boys I’ve Loved Before’, which aired on Netflix.

In 2019, he starred as Carter Davis in a sequel movie named ‘Happy Death Day 2U’. He will appear as Caleb in a movie named ‘Fear of Rain’.

Israel garners a hefty amount of $2 million USD per year. He also pulls in a lot from several brand endorsements and commercials.

The handsome actor is probably single. Earlier, he was dating actress Keana Marie. In 2017, the couple started dating each other. They used to share their extremely adorable couple of pictures on their social handles. The duo didn’t confirm anything about their relationship and ain’t even posting their pictures.

Israel is 5ft 11 inches tall and weighs around 72 kgs. The actor has a fair complexion with brown eyes and hair. His well-shaped body measurements are 40-30-14 inches.

For more updates about your favorite celebrities, stay connected to our Biography website