Judith Chapman, a remarkable soap opera actress, is well-known for her roles in “Days of Our Lives” as Anjelica Deveraux Curtis in “As The World Turns” as Natalie Bannon Hughes in “One Life to Live” as Sandra Montaigne, in “General Hospital” as Ginny Blake Webber in “The Young and the Restless” as Gloria Abbott Bardwell and many more. Now of age 68, Judith is an honorable figure in the acting and entertainment industry. 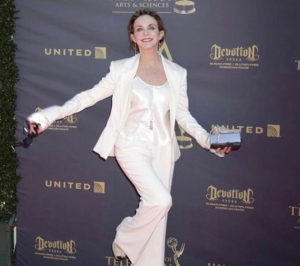 Judith Chapman was brought up by her parents in Greenville, South Carolina, and was born on the 15th of November in 1951. Her father, Leland C. Shepherd was the United States Air Force brigadier general and is now retired.

She has an elder sister named Patty Shepard who was also working as an actress. Judith started her career at a very young age in the acting industry. With the full support of her family, she was able to move ahead and follow her career in acting.

Like many other marriages, Judith Chapman’s love life has also been through a tough time. Judith is married to Neilan Tyree, who is now her ex-husband. Since it’s a long back story, there was no means of social media due to which elements of Judith’s wedding could not be found.

Judith and Neilan shared their wedding vows on the 8th of December in 1984. But the couple’s balanced marriage was not destined to last long. Unfortunately, during their time of marriage, they also didn’t have any children.

Due to the lack of interest and other personal reasons, they came out agreeing to separate their ways. After three long years of marriage, Neilan and Judith ended up getting a divorce in 1986. As of currently, Judith is all alone with no man and no children in her life. 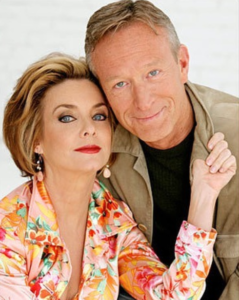 At the age of 16, Judith acting career started with Spaghetti Western Sette donne per I MacGregor. Judith did her first role as Natalie Bannon in “As the world turns” (soap opera) in which she appeared from 1975 to 1978.

She gained a lot of public attention in 1983 when she appeared in Ryan’s Hope as Charlotte Greer. Judith has also appeared in famous movies including Desire, Scalper, Dead Space, 28 Days, Night of the Running Man, Fire of the Amazon, and The Sweetest Thing.

Since the mid-1970s, she also appeared in several dramas of daytime that were publicized. People not only remember her for her lead roles but also for her guest arrivals that have played a major role in her career. since 1967, she has been active in the industry and has been strong in providing extensive performance.

Throughout her long acting career, Judith has managed to collect a Net Worth of $10 Million.