Kate Siegel is an American actress and screenwriter. She is best known for her role as Theodora Crain in the American supernatural horror television series ‘The Haunting of Hill House’, which was released on 12th October. She played the role of Jennifer in the movie named The Curse of the Black Dahlia (2016). Her first debut film was a hit among people and earned her recognition and fame. She has done many television series. She has not received any awards for her works but was well praised by the critics. 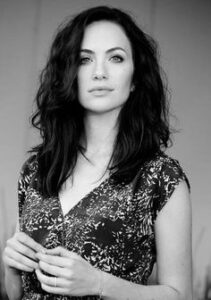 Kate was born on 9th August 1982 in Silver Spring, Maryland, United States. There is no information regarding her parents. But she has always acknowledged her parents, who supported her in pursuing her acting career. Since childhood, she has had a keen interest in pursuing acting as her career.

Kate completed her high schooling from St. Andrew’s Episcopal School in Maryland. In 2004, she graduated from Syracuse University with a degree in Acting and Fine Arts.

In 2007, Kate made her acting debut in a horror film named The Curse of The Black Dahlia. In the same year, Kate starred in Hacia La a Oscuridad, which was premiered in the Tribeca Film Festival. She was featured on several short projects. She starred in a movie called Steam alongside Chelsea Handler and Ruby Dee.

In 2008, she appeared in a short project, Knocked Down, directed by Ted Collins. A year later, Kate made her television debut in Ghost Whisperer, where she played the role of Cheryl. She also appeared in a cameo role in a series named Castle. In 2009, she made her appearance in the thriller series Wedding Day.

In 2013, she was featured in Man Camp. In the same year, she starred in a horror movie, Oculus, written and directed by Mike Flanagan. The movie had its premiere at the Toronto International Film Festival in 2013 and was released in April 2014. This movie was a great hit among people. Again she made her appearance in an episode of Mob City.

In 2015, Kate and Mike Flanagan revealed that they would be adapting the novel 13 Days to Midnight into a film. In 2016, Kate made her screenwriting debut alongside her husband Mike Flanagan in a movie called Hush, which aired on Netflix.

Siegel has also worked on several commercials. In 2016, she appeared in a horror movie, Ouija: Origin of Evil, which was directed by her husband, Mike Flanagan. In 2017, Kate shared a screen with Carla Gugino and Bruce Greenwood in Gerald’s Game, a novel written by Stephen King. The movie aired on Netflix on 29th September 2017. Kate starred in a horror series, The Haunting of Hill House, directed by Mike Flanagan.

Kate Siegel’s estimated net worth is over $1 million. She accumulated a lot through her professional career. She has also worked on several short projects and commercials.

After dating for many years, Kate and Mike Flanagan tied the knot in 2016. In the same year, the couple welcomed their first baby boy, Cody Paul Flanagan. In 2018, they welcomed their second child, Theodora Isabelle Irene Flanagan.

Mike Flanagan was born on 20th May 1978 in Salem, Massachusetts, the U.S. He is an American screenwriter and director. Some of his notable works include, ‘Before I Wake’, ‘Gerald’s Game’, ‘Oculus’ and ‘Absentia’.

I put on pants and I didn’t like it

The actress has a curve-shaped body with a decent height of 5 feet 8 inches. She has a pair of beautiful eyes with light dark brown hair.

● Kate’s full name is Kate Gordon Siegelbaum.
● She started her career as a theatre artist.
● Kate opens up about being bisexual in 2008.
● She named her daughter Theodora after getting inspiration from her horror series
The Haunting of Hill House.

● She usually collaborates with her husband, Mike Flanagan.