Kayla Maisonet is a popular American actress. She is extremely beautiful as well as talented and perfectly showcased her flawless acting performances. She is widely appreciated for her role as Lindsay on the Disney Channel’s ‘Dog with a Dog’. Also, she won the 35th Young Artist Awards in the category of Best Performance in a TV Series – Recurring Young Actress.

Kayla Maisonet, whose birth name is Kayla Rose Maisonet, was born on 20th June 1999 in the USA, to parents, Angelo Maisonet and Amanda. She has an elder brother, Justin Maisonet. She later shifted to New Jersey with her family.

Kayla’s parents are not from the industry. She is a self-made actress. In her childhood, her parents noticed her talent and passion thus supported her to enter the entertainment industry. During her childhood, she was fascinated by movies and series.

At the age of five, Maisonet started taking lessons for dancing. Despite being a talented dancer, she was the victim of school bullying. This affected her mental health as well as her academics.

Soon after they moved to LA, she started auditioning for roles and commercials. Luckily, she appeared in the commercial of the reputed company, Verizon. This boosted her confidence. Her parents have always backed her, they used to pick her up from school, prepare her for auditions and wait for hours for the auditions to end.

Coming to her education, there are no details about her educational qualifications. Looking at her busy schedule, they must be homeschooled for the time being.

In 2012, Kayla Maisonet made her debut in ‘Shmagreggie Saves the World’. That same year, she joined the cast as Lindsay in the comedy TV series, Dog with a Blog. The series aired on the Disney Channel. Her role was much appreciated and gained worldwide recognition for her outstanding performance.

In 2013, she depicted the supporting role of Lilly in the sitcom, The Haunted Hathaways, for only three episodes. The sitcom was created by Robert Peacock. In 2015, she appeared in the minor role of Teen Girl in ‘Mulaney’.

In 2016, Maisonet bagged the lead character of Georgie Diaz in the family comedy series, Stuck in the Middle. She has gracefully portrayed the character and gained immense popularity. In 2018, she played the recurring role of Izzy in ‘Speechless’ for only three episodes. That same year, she made her guest appearance as Vanessa Rodriguez in the rom-com musical drama, Crazy Ex-Girlfriend.

As of 2021, Kayla Maisonet’s net worth is $1 million. She usually charges around $19k-$210k per year. Besides, most of her projects were commercially successful. Along with fortune, she gained immense popularity and fame throughout her career. She garnered a lot from her series, Stuck in the Middle. 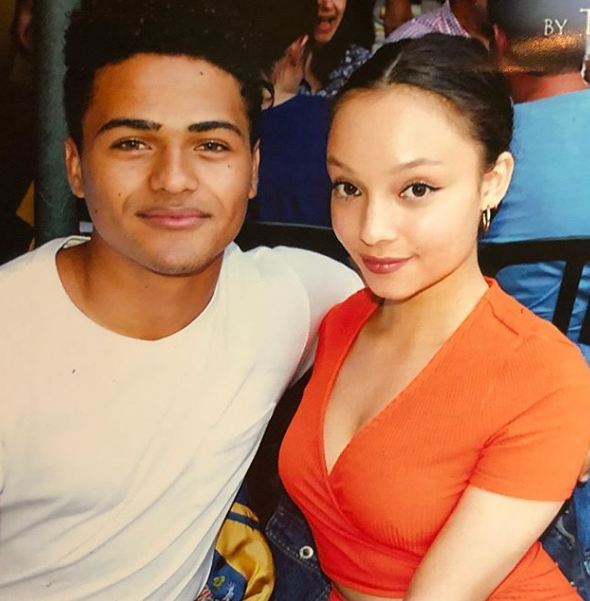 The actress is 5’1″ inches tall. Her weight is 53 kg. She has dark brown hair and eyes.

Who is Kayla Rose Maisonet?

Who is Kayla Maisonet’s boyfriend?