Liza Koshy is a popular American YouTuber, social media influencer, and actress. She has appeared on many TV shows and movies. Apart from this, she earned fame from a social media platform called Vine, where she used to share funny videos. After gaining immense popularity, she launched her YouTube channel under her name, Liza Koshy. She featured in movies like Jingle Ballin and FML. 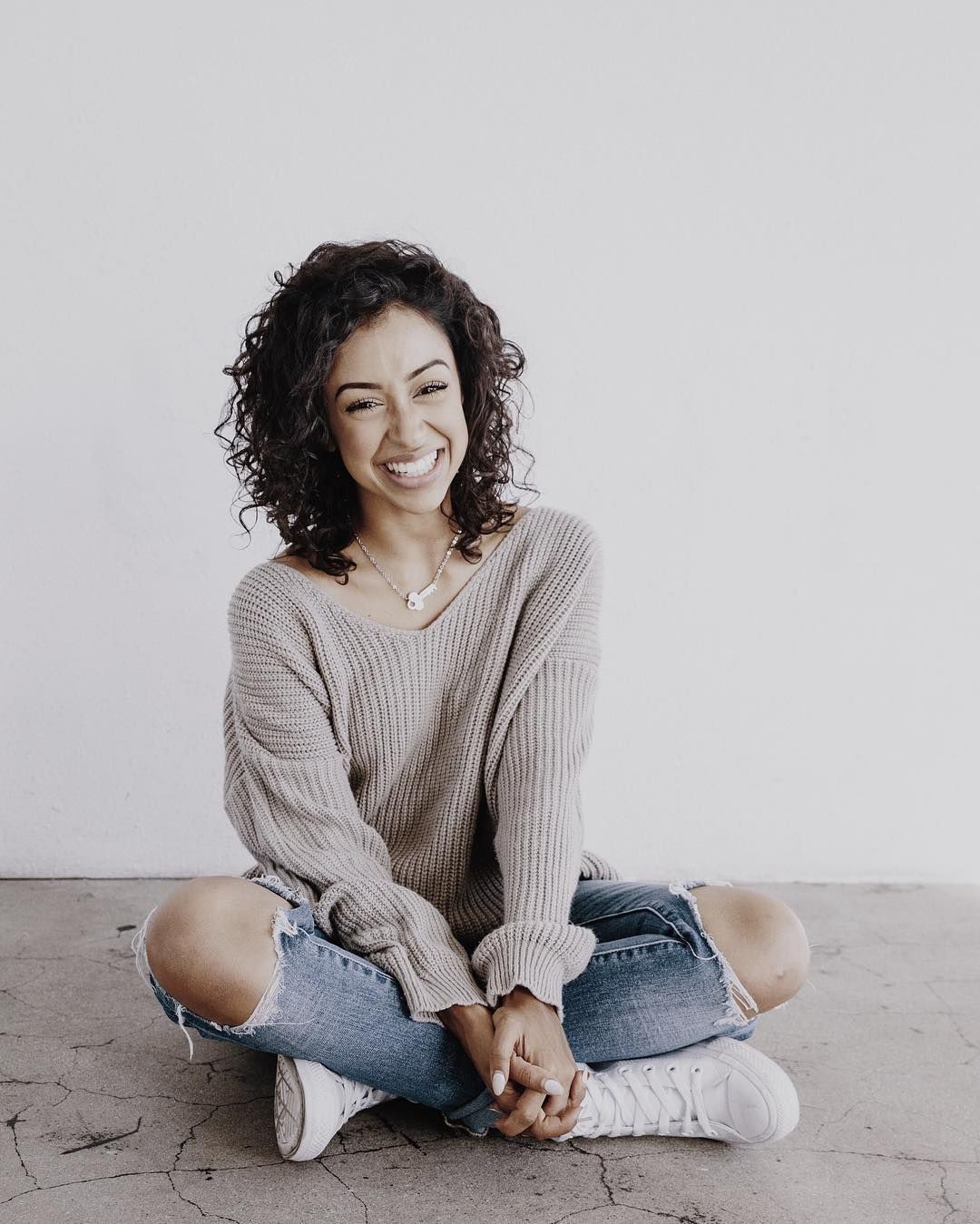 Liza Koshy was born on 31st March 1996 in Houston, Texas, United States. Her father’s name is Jose Koshy, who is a petroleum executive and her mother’s name is Jean Carol Hertzler, who is a yoga instructor. Liza has two older siblings named Rahel Koshy and Olivia Koshy. Liza lives in LA, California, USA with her two sisters and her parents live in Houston. She holds the citizenship of America while her ethnicity is Indian-Caucasian.

She completed her high schooling at Lamar High School. Liza enrolled herself in the University of Houston, where she majored in business marketing. Unfortunately, she dropped out of university and moved to Los Angeles to pursue acting as her career.

Liza Koshy’s popularity came as a result of posting some of the vine videos based on funny content. She garnered 5 million followers in her Vine account. To date, she appeared on more than 5 movies and 7 TV shows. In 2016, she was featured in movies like Jingle Ballin, FML, and Boo! A Madea Halloween, which earned her recognition in the entertainment industry.

She even appeared on various TV shows named Freakish and Making a Scene with James Franco. After gaining immense popularity, she launched her YouTube channel. Once she

Interviewed former US president, Obama Barack. She usually shares her comedy content on her youtube channel. Because of pun timing, her ridiculousness, and her facial expressions, people love to watch her funny videos.

In 2016, she starred in a series named Freakish, where she portrayed the role of Violet Adams. In 2017, she appeared in a horror web series called Escape the Night. She has appeared in many TV shows including Ellen’s Show Me More Show, Total Request Live, Liza on Demand, Double Dare, To tell the Truth, All That, and Nickelodeon’s Unfiltered.

In 2020, she portrayed the role of Jasmine Hale in a movie called Work It.

Liza Koshy’s estimated net worth is around $8 million. She accumulated a lot through her professional career and will continue to earn more fortune in upcoming years.

Currently, the YouTuber is single and solely focusing on her professional career. Earlier, she was dating David Dobrik. Unfortunately, the couple announced their split up in a video.

Liza Koshy is a decent height of 5ft and weighs around 54 kgs. She has a perfectly shaped body with 36-26-36 inches.