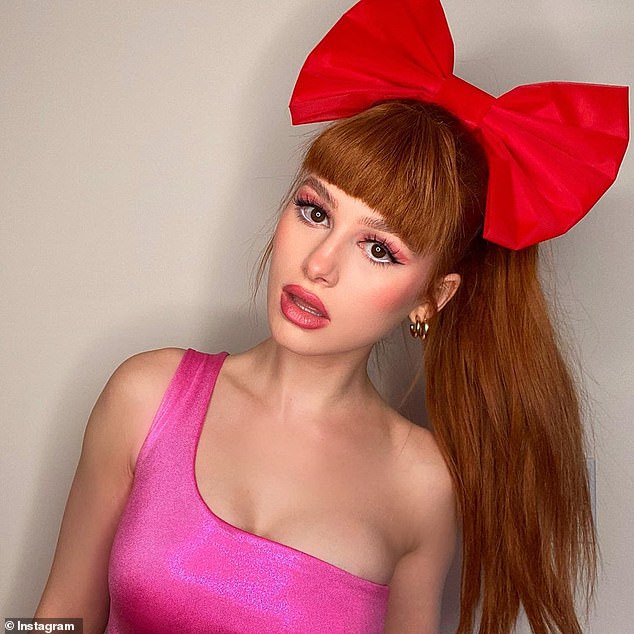 Madelaine Grobbelaar Petsch was born on 18th August 1994 in Washington, USA. She is the daughter of Timothy S. Petsch and Michele Petsch. She has a sibling named Shaun Petsch. Her parents were from South Africa but settled in Washington. Since her childhood, she had an inclination towards acting and theatre.

In 2014, she made her small screen debut in the short film, ‘The Hive’. She starred as Mermaid in the series, ‘Instant Mom’ in 2015. In 2016, she was featured as Eliza in a fantasy horror film named ‘The Curse of Sleeping Beauty’, which is an adaptation of a comic book of the same name.

In 2017, she landed the role of Marissa in the direct-to-video movie, ‘F the Prom’. That same year, she auditioned for a small role in the series, ‘Riverdale’, but selectors were impressed by her acting skills and gave her the lead role of Cheryl Blossom in the CW’s series, ‘Riverdale’, which aired on Netflix.

In 2019, she appeared as Sarah in the supernatural horror film named ‘Polaroid’. She portrayed the role of Jane Bennett in the year 2020 in a classic series, ‘Acting For a Cause’. In 2020, she starred and co-produced a film named ‘Sightless’, where she played the role of Ellen Ashland.

Madeleine Petsch gathers an amount of $4 million USD per year. She pulls in a lot through brand endorsements and commercials.

Madeleine is possibly single. Earlier, she dated an American Rapper named Travis Mills. After dating for three years, the duo called off their relationship in 2019.

She stands at a height of 5 feet 6 inches tall and weighs around 60 kg. Her well-shaped measurements are 34-26-34 inches. She has a shiny and fair complexion with a pair of brown eyes and hair.