Malu Trevejo is a social media sensation who rose to fame after one of her music videos went viral. She gained immense popularity from a social media platform called musical.ly. She released her first single ‘Luna Llena’. Trevejo has more than 2 million followers on a musical app, Tik-Tok. She has an Instagram family of more than 5 million. She is also active on Twitter with 21k followers. She is also a YouTuber with more than 1 million subscribers.

She regularly posts videos of a different genre on her YouTube channel. She even shares photos and videos on her Instagram account. In a short period, she rose to fame and popularity, thus becoming a teen Internet sensation. On Tik-Tok, she frequently shares her lip-syncing videos, which earned her many fans and followers. She earned immense popularity on social media platforms. Youth are more inclined towards social media platforms, where they share videos of different genres and gain fame overnight. 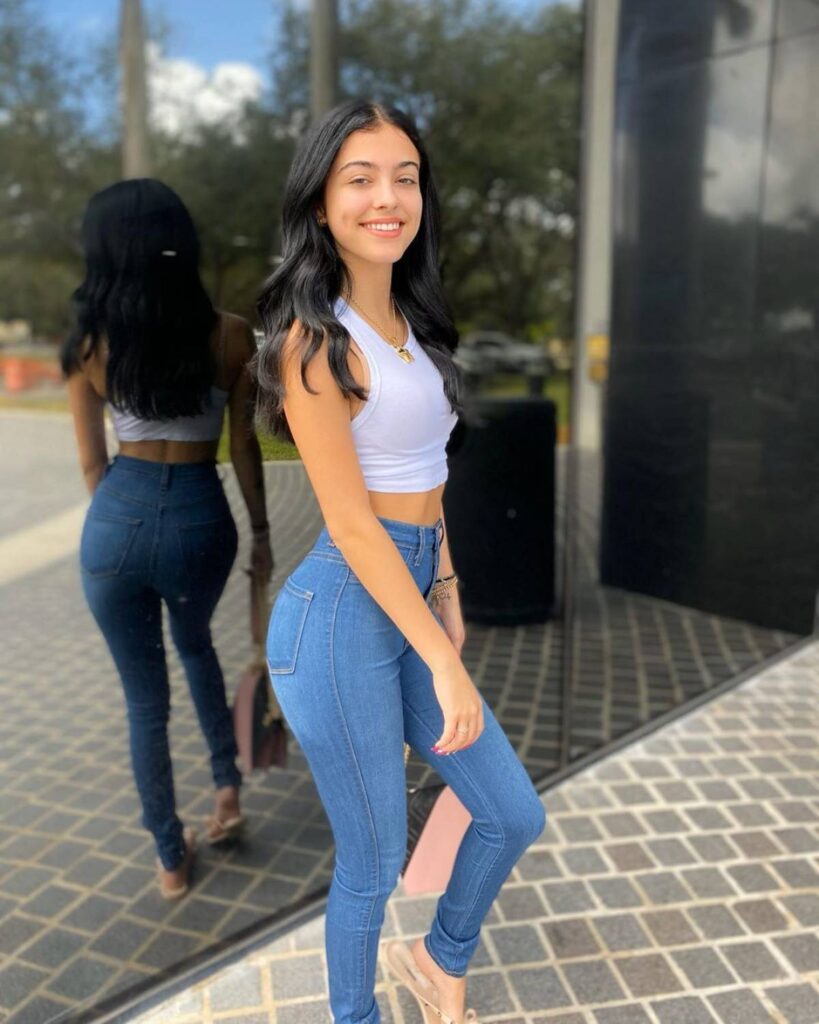 Malu Trevejo was born in Cuba on 15th October 2002. Her birth name was Maria Luisa Trevejo, later she changed it to ‘Malu Trevejo’. After her birth, she moved from Cuba to South Florida with her sister and mother. She found it very difficult to adapt to American ethnicity due to which she decided to do homeschooling. Since childhood, she was very much enthusiastic about social media platforms.

There is very little information about her academic perks. She was homeschooled in South Florida. She didn’t possess any kind of interest in academics; hence she decided to pursue her career as a social media influencer.

Malu Trevejo released her first single ‘Luna Llena’, produced by The Fliptones. Her first music video reached 33 million views on YouTube within seven weeks of its release. Her first single was a great hit among people.

In 2017, she signed with Universal Music Latin Entertainment Label. She will be releasing an album that will include both Spanish and English language songs. Her debut music video was at rank 27 on Billboard Hot Latin Song List, with more than 2000 downloads in that time. She released an English version of ‘Luna Llena’ for her non-Spanish fans.

In 2019, her four-track EP, Una Vez Mas, was on rank 1 for two weeks on Billboard’s 100 Hot Latin Song List, thus reaching the Gold and Double Platinum record in just two weeks. In 2018, she collaborated with HRVY, an English Pop Singer in a song named ‘Hasta Luego’.

Malu Trevejo hasn’t received any awards yet but she earned immense fame through her professional career being a social media influencer, singer, and YouTuber. Her albums acquired the first position in the US and UK music charts. Currently, she is working on her Spanglish album, which may earn her an award.

Malu is a girl of 18, but she has been to 1-2 unsuccessful relationships. She was dating Reese, who is a YouNow artist. But the duo didn’t last long and called off their relationship with controversy.

Later, the NBA Youngboy posted his and Malu’s picture on his Instagram account. Again, she was in controversy, Youngboy’s girlfriend Danielle Bregoli claiming that Malu is creating disturbance between her and Youngboy.

There was again a phase of heated arguments and tweets. Later, agreed that she was dating Youngboy but they split up because Youngboy wanted to take her virginity and she firmly refused.

After this, she shared a new video with her mysterious boyfriend flaunting their chemistry.

Her estimated net worth is over 1$ million. She earned a lot through her professional career. She is doing several concerts and music videos, which will add more fortune to her wealth. Her net worth will increase in the future.

Malu Trevejo has a marvelous figure, with a height of 5ft 5 inches and a weight of 99lbs. Her body had several tattoos which enhanced her classy look.

Malu Trevejo has 7 million followers on her Instagram account. She also has Facebook and Twitter accounts. There are several fans made pages from where her fans can learn more about her life. She has a Youtube channel under her name, which has more than 1 million subscribers.