Marcelito Pomoy is a Filipino singer. He is best known to sing in both tenor and soprano. He is well at switching quickly from one to the other. He first came into the limelight in the Philippines when he won the second season of the reality show, Philippines Got Talent, in 2011 aired by ABS-CBN. Later, he appeared in the show The Ellen DeGeneres Show in 2018 starring his ‘golden female voice’ and became a famous personality among the audience. 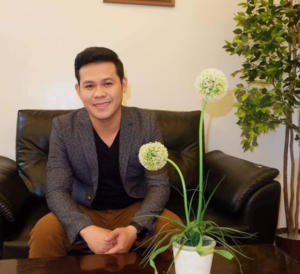 Marcelito Pomoy was born in Imus, Cavite on 22 September 1984. In Bislig City, Surigao del Sur, Philippines, he grew up. Marcelito Pomoy belongs to Filipino nationality. He has gone through many bad phases during childhood. His father was imprisoned and on the other hand, leaving him and his siblings, his mother went to Manila. Fortunately, a police officer adopted him later. During his teenage life, he did many odd jobs to survive. Pomoy discovered his talent for singing in both a strikingly significant female soprano voice and a male tenor voice while doing poultry work.

Pomoy was first known to the world at the age of 25 when he won the second season of the reality show “Pilipinas Got Talent” in 2011. Later, he appeared on TV shows like Gandang Gabi Vince from 2011-2012, Luv U in 2015, and Wowowin in 2020. Under Star Records, in 2011, his first studio album,  “Duet Yourself,” got released. Pomoy’s success on PGT also opens the gates to the second season of America’s reality show, America’s Got Talent: The Champions. Being a talented singer, he managed to reach the finale of the reality show. During the semi-final telecasted on 3rd February 2020, Pomoy performed the Andrea Bocelli classic “ Con Te Partiro” (Time to Say Goodbye) as a duet. The judges and audiences we’re amazed by switching his voice between a much higher, feminine pitch and a deep, make-up vocal range. While he was performing, judge Howie Mandell mentioned;

“the best shot of winning this whole thing. This is the semifinals, you raised your game, The woman in you was just as good as she was the last time, but you as the man, you went up a notch and she tried to stay up with you, but she couldn’t.”

Other judges Alesha Dixon and Simon Cowell also praised him.

Marcelito Pomoy got married on the 21st of September 2014, to his non-showbiz girlfriend, Joan Paraiso. At the wedding ceremony, several prominent stars from the Philippines, including boxing superstar Manny Pacquiao and actress, Kris Aquino were present. The couple now together have a daughter named Marcella Janiah Pomoy, who was born in 2015.

Pomoy stands at a height of 5 feet 5 inches tall and his weight is around 65 Kg.