Marty Lagina is a TV star featured in a series called the ‘The Curse of the Oak Island’. Martin Lagina was fascinated with the ‘hidden treasure’ stories floating around. He visited the island and soon discovered a lot of beauty which lead to the production of this show. 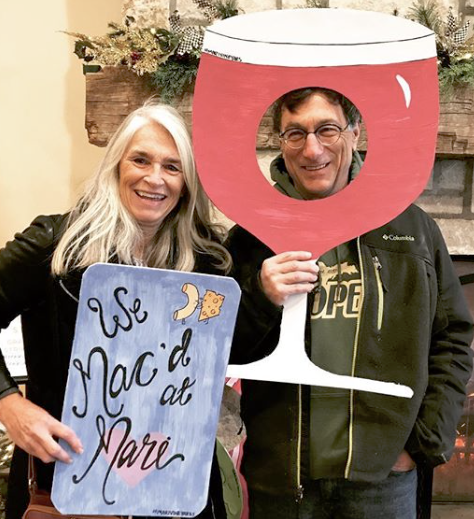 Academically Martin is a science graduate with a business aptitude. He owned an oil and gas production company. He was a successful businessman for a short time and soon joined the TV show business. Joining a travel adventure show added another horizon in his career. He traveled the oak island journey with his brother.

The reality show was made out of curiosity to find out the truth about the story of “The Oak Island”. Marty along with his brother Rick started this reality show. This show has unveiled many truths about the oak island.

Marty Lagina is a reality TV show star. He is featured in “The Curse of Oak Island”. This show was first aired on History Tv in Canada. In his long career, he has seen many ups and downs in his life. Earlier he worked as a consultant for a law firm. Initially, he studied science but later on took a law degree.

Calling all Curse Superfans! Enter now for a chance to win one of a kind collectables, made by Rick and Marty, plus a 2oz bar of gold! #CurseOfOakIslandhttps://t.co/VrsGgK1cjw pic.twitter.com/KvtggIRqU2

How did the oak island excursion began?

After selling the company the brothers were looking for something juicy to fix their tooth into. It was then when they discovered the oak island hidden treasure news. The news and stories revolving around it aroused the curiosity of the brothers. They decided to dive into it and find out more.

They also revealed about the article “The Money Pit” in Readers Digest. After reading this article their curiosity gained another level. The brother duo was approached in 2016 by Prometheus Entertainment for the reality show “The curse of oak island: Drilling Down”.

They entered the show as anchors but later promoted as producers. They remained associated with the show and also came up with the second season.

He also owns a windmill in Michigan and makes huge money out of it.

Marty has worked in a multitude of profiles. He has numerous business projects, reality show and he is a consultant. He has acquired enough business tactics to acquire maximum wealth. He earns around 100 million dollars.

OK, Oak Island fans, here you go! Traverse Area Community Media has posted the video of our Evening with Randall Sullivan and Marty Lagina. You’ll have click on the link in our bio to watch the whole thing. They were so much fun! Get the inside scoop on, well, everything (if you believe us). . . . #books #authors #reading #tcmi #traversecity #michigan #writing #authortalks #CurseofOakIsland #OakIsland #MartyLagina #LaginaBrothers #RandallSullivan #NovaScotia @groveatlantic @curseofoakisland

Marty is married to Olivia Lagina. His wife is a graduate of Rutgers. Not much is known about her professional life. However, her Facebook profile says that she is a petroleum geologist at Wiser oil.

They have been for very long and have two kids together. One is a daughter and another is a son. His son is following the footsteps of his father and he is an engineer at the winery. Daughter Alexa seems to be interested in the reality show venture. She has frequently appeared in her Dad’s excursion reality show.

The family often saw hanging around at several events. There have been times when they have been clicked by the Paparazzi.

The family has a vibrant feeling. They enlighten the mood of every occasion. Martin seems to be enjoying both his personal and professional life.

Alex Lagina’s death is a mystery. Some says he is alive, while some considered, he is dead.