Mike Vitar, also known as Michael Anthony Vitar, is one of the most famous former child actors from America. He is still known for his appearances in many movies.

There are many parents who want their child to act from childhood. However, only a few of the child actors were able to make a successful and smooth growth into celebrity adulthood.

While there are many other people who just bestowed themselves away from drugs and alcohol, a few find distinct paths for themselves by finding happiness away from the limelight.

Like the last category, Vitar decided to find happiness in other things. He started his acting career at 12 and ended it at 19 years of age. He is now a fire-fighter and a reputable fellow of his community in Hollywood. 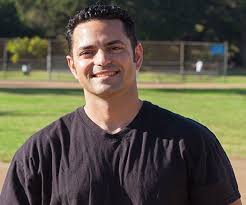 The information of his parents is not known to the public. However, he has two siblings; one brother and one sister. His brother’s name is Pablo and his sister’s name is Elizabeth. His brother also worked as an actor who featured in the film “The Sandlot”. Unfortunately, he was diagnosed with colon cancer and died on January 29, 2008.

Mike studied at St. Francis High School while growing up in La Cañada, California. He completed his graduation in 1997. He chose a job at Gerber Ambulance after leaving his acting career in Torrance. He later proceeded to become a trained fire-fighter. Mike joined the Los Angeles Fire Department in 2002 and started working there.

At the early age of twelve, in line for a ride at a school carnival, a casting manager spotted Mike Vitar. He made his debut in 1991 in the Peter Maris action thriller “Diplomatic Immunity” as Arturo.

Mike Vitar is currently living a happily wedded life at the time. He is married to Kim Vitar, formerly known as Kim Allen. The couple took their wedding vows in 2006. However, the couple has not shared many details about their love life so the data like in which year or which place the couple met and where the wedding happened is not known to the internet.

Mike and Kim share three children; two sons and one daughter. His son’s names are Eli and Wesley Vitar and his daughter’s name is Norah Paige. The whole family currently lives in Los Angeles. 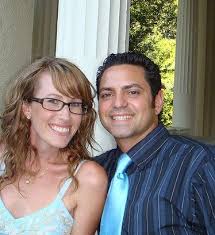 Mike was able to grab a good amount of money during his days working as a child actor. He featured in different television series and films as a child. Mike quit acting to become a firefighter with the Los Angeles Fire Department. He now earns a living for his family and himself from the firefighter job.

Moreover, according to different sources, Mike Vitar’s total net worth has been calculated at about $300 thousand.

Mike Vitar is quite a tall man which is necessary for his firefighter profession. The former actor stands tall at a height of 6 feet or 1.84 m. His weight is about 62kg or 136.4lbs.