Odessa Young, an Australian actress, is best known for her roles in films in 2015 like Looking for Grace and The Daughter, in which she featured best of herself. The movie helped her in grabbing the AACTA Award for Best Actress in a Leading Role. Odessa is also appreciated for featuring in series like Tricky Business in 2012, Wonderland from 2013 to 2015, When the Street Lights Go On in 2017, and Tokyo Voice in 2020. 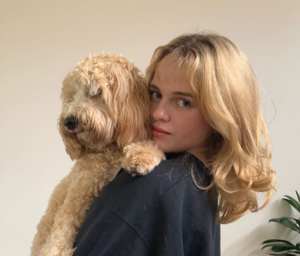 She was born on 11 January 1998 in Sydney, Australia. She also has a sister named Sylvie. Her father’s name is Adam, and her mother’s name is Rachel. Her mother is a writer and her father is a musician. However, her parents are now legally divorced from each other and her mother got married to another man named Andrew Hunter. At the very early age of 11, she realized her passion for acting. Odessa was unable to balance her school and acting life after starring in two films, The Daughter and Looking for Grace, because of which, with her parents’ support, she left her school.

At the age of 11, Odessa Young started acting. She starred in television series like Tricky Business and Wonderland before working on full-length films. In 2015, she also starred with actors Sam Neil and Geoffrey Rush in the film The Daughter. Later that same year, she did the title character role with Radha Mitchell in the movie Looking for Grace.

By Elle Magazine she was given the title of “Australia’s brightest rising star” in 2015. In 2016, she also won AACTA Award for Best Actress in a Leading Role for the movie “The Daughter”. She also grabbed attention for receiving the Best Actress award from the Australian Film Critics Association for ” The Daughter”. In the Paramount TV series, which aired on Hulu in 2017, she played the lead role of Becky Monroe- When the Street Lights Go On.

With Jon Bernthal in 2017, she also appeared in Sweet Virginia, an American thriller. She appeared in 2018 in the film Assassination Nation. In 2018, Odessa also worked with Charlie Hunnam and Aaron Taylor Johnson in the movie “A Million Little Pieces” where she was praised for her acting. At the Toronto International Film Festival(2018), the movie was screened.

Odessa Young’s Net Worth has calculated around US$ 1 million approx. She also gets a salary of US$ 13K-16K for Per Episode.