Rob Giles is an American songwriter and singer who has composed solo albums like When We Were Happy, You’re Not Listening, Please (I’m Just Getting Started), and I Don’t Know Anything at All Anymore. Likewise, he has also won many awards for his singing. 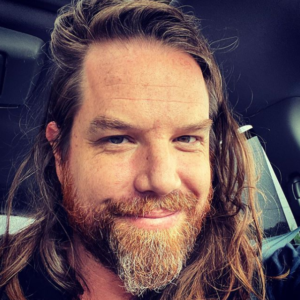 Rob Giles is the husband of actress Caterina Scorsone (greys anatomy fame) with whom he stays in Los Angeles. Caterina, a Canadian actress, has also done successful movies and television shows like Private Practice, Missing, Alice, and Castle. In June 2009 they got married. However, the duo keeps their personal lives away from the media. However, the couple’s agent said in a statement: “Caterina and Rob have separated. They remain friends and are committed to co-parenting their children in a spirit of love”. Hence, the news is confirmed that after 10 years of marriage, the couple is now separated.

Apart from being famous for his solo albums, he has also delivered music for movies and television shows which can be heard on superhit TV shows like Brothers ‘ Sisters, One Tree Hill, Grey’s Anatomy, and Laguna Beach. Rob has also been seen working with popular artists and music labels such as Collective Soul, Universal Records, Andy Summers of The Police, The Rescues, Christopher Guest, Willie Nelson, The Dixie Chicks, and Sara Ramirez. In 2015, he wrote fiction for television and film and also traded two spec scripts for Warner Bros.

Rob and his wife Caterina Scorone are blessed with three daughters named Eliza, Arwen, and Paloma Michaela. Eliza was born on 6 July 2012, Paloma was born on 8 November 2016 and Arwen, the youngest was born in December 2019. Rob’s second daughter, is slow in learning things because she was diagnosed with Down syndrome due to which her physical development has been slow. 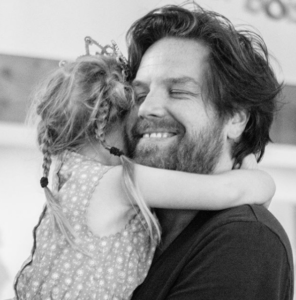 Rob has been a part of a few short videos performing small roles in TV shows and movies. He has acted in shows like Confessions of a Teenage Jesus Jerk, My Sister’s Keeper, Glee, and Headlights. At the age of 35, his wife gave birth to their second child and third child at the age of 38. He is the President of Wordsmith Makeshop and a part of a nonprofit organization Green & Bloom, whose goal is to bring charitable and art energy jointly. For social media interaction, he uses Twitter to have over 2K followers and the username is @RobGiles.