Sami Gayle also is known as Samantha Gail Klitzman, is an American actress. In the CBS series Blue Bloods She co-stars as Nicky Reagan.

From a very early age, she realized her eagerness for dancing and acting. At the age of 12, she was cast as ‘Baby June’ in the off-Broadway production, Gypsy featuring Patti LuPone. 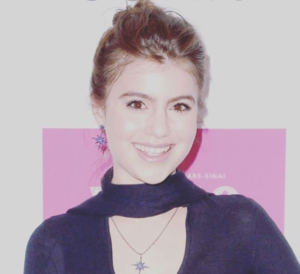 Speaking about her education, Sami took admission as a student at Columbia University and was also doing films in New York.

Having a crazy schedule, she managed to take her college exams. Sami double majored in Political Science and Art history.

Sami’s father Larry worked as a probate lawyer and her mother Robin was the owner of a store but now works as Sami’s manager. Sami shares a strong bond with her parents, especially her mother. She always praises her parents for being available for her every time.

Besides, in the series, “Blue Bloods” Sami also has a reel-life mother, portrayed by Bridget Moynahan. Sami also shares a special bond with Bridget.

She was also shown in the form of a guest appearance on USA’s Royal Pains and had a recurring role in “As the World Turns,” a CBS soap opera. Her co-starred in Tony Kaye direction,  Detachment as a young prostitute, released in 2012. She also appeared in Stolen, released in 2012 and Congress released in 2013.

Sami started her career from an early age. Since then she has been very busy with her acting life. Once on valentine’s day, for her onscreen Blue Bloods family, she made some “Valentine’s cookies”.

Sami claims to be single because of her busy schedule and her studies side by side. She is not open about being in a relationship with someone.

Is She a Lesbian?

Sami being famous from such an early age had to face some questions about her sexuality. Because of her being single and some of her roles in a few movies, her fans are confused about whether she is gay or straight. Sami has not answered anything on these rumors, so the question remains baseless.