Scarlett Johansson is a Hollywood American actress who is nowadays one of the sexiest ladies in the world. She was one of the most competent and highest-paid actresses in the world from 2014 to 2016, whose name occurred on Forbes Celebrity 100.

Scarlett was even immortalized on the Hollywood Walk of Fame. She has performed well in famous movies including Avengers, Lucy, Iron Man 2, and Girl with a Pearl Earring. Johansson is a highly praised actress in Hollywood who has a lot of fans. 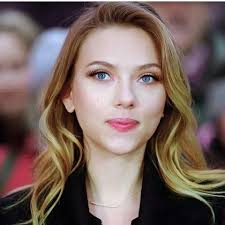 Scarlett has quoted some of the famous lines. Let’s have a look at it.

I definitely believe in plastic surgery. I don’t want to be an old hag. There’s no fun in that.

One of the best things for a woman to hear is that she is sexy.

I hope they make a video game about me. At least I wouldn’t have any cellulite then.

I am very independent. Can look after me but still need a lot of love and care.

I don’t go to McDonald’s anymore. After I saw Super Size Me… no way!

It’s a required part of your film history to know who Woody is. His movies are so wonderful, and not just funny but so insightful about human behavior.

I just adored working with Woody. He was more than I could have ever dreamed of. I’d do it a million times over. 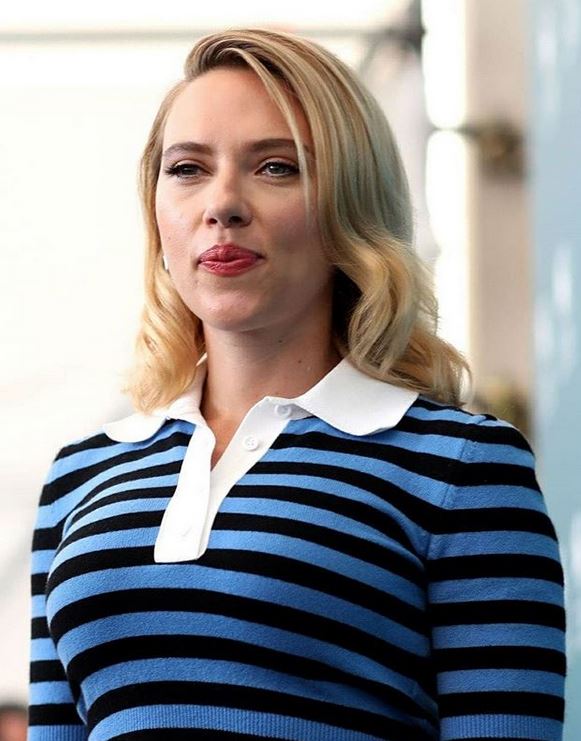 Scarlett Johansson also is known as Scarlett Ingrid Johansson, was born in New York City on November 22, 1984. She holds the citizenship of both American and Danish. Johansson did her schooling at an elementary school named PS 41 in Greenwich Village, Manhattan.

From Professional Children’s School (PCS), Manhattan, she completed her graduation. She was 13 when her parents divorced. From her maternal side, Scarlett was very close to her grandmother whose name was Dorothy Sloan who was a bookkeeper and school teacher.

Johansson considered Sloan her best friend due to which they often spent time together. From an early age, she often put on song-and-dance routines for her family and was interested in a career by which she could be in the limelight.

She was extremely fond of jazz hands and musical theatre. She mentions that her parents were supportive of her career choice and allowed her to take lessons in tap dance. According to her, she had an ordinary childhood.

Scarlett’s father, Karsten Olaf Johansson, is from Copenhagen, Denmark, and is an architect. Her paternal grandfather, Ejner Johansson, was a film director, art historian, and screenwriter.

Melanie Sloan, Johansson’s mother, has worked as a producer. Her original surname was Schlamberg. Belonging to an Ashkenazi Jewish family, she comes from Russia and Poland.

Johansson tied the knot in a short ceremony with Ryan Reynolds, Canadian actor in September 2008, in British Columbia, Canada. The couple bought a bungalow together in Los Angeles, but their relationship didn’t last long and in December 2010, they filed for divorce two years into their marriage.

Johansson was later in a romantic relationship with actor Sean Penn for some time after her divorce from Reynolds. The couple even travelled to Mexico in March 2011 to visit Reese Witherspoon, an actress wedding.

In the same year 2011, Scarlett was involved in a scandal when her nude photos taken from her mobile were broadcast online by hackers. To find the culprits behind the leak, the FBI initiated an investigation but we don’t know what happened next.

After a few years in September 2013, an agent of Scarlett confirmed that she was engaged to Romain Dauriac, a journalist. Johansson and Dauriac were blessed with a baby daughter, Rose, on September 4, 2014. The two became husband and wife on October 1, 2014, in Philipsburg, Montana, and they had a secret wedding which opened to the public in December of 2014.

Unfortunately, this connection also didn’t last long and she divorced Dauriac in September 2017 i.e. after more than two years of marriage. In May 2019, it was disclosed that Johansson and Colin Jost who is a Weekend Update host and SNL writer, had committed after two years of dating.

Scarlett desired to become an actress from a very young age and first appeared on stage when she was a child in an Off-Broadway drama show. She made her first debut in 1994 comedy movie “North”.

Her name was given for the nominations for an Independent Spirit Award for her role in the film Manny & Lo released in 1996. She also attained fame for her roles in The Horse Whisperer in 1998 and Ghost World in 2001.

In 2003, Johansson appeared in the movie Girl with a Pearl Earring and Lost in Translation for which she won the BAFTA award for Best Lead Actress. For both movies, Scarlett was selected for four Golden Globe Awards.

She was also nominated for the same award for the drama movie A Love Song for Bobby Long in 2004 for her role as an isolated teenager and for a psychological thriller named Match Point as a seductive woman in 2005.

Other films she featured in include The Prestige (mystery thriller) in 2006 and the Vicky Cristina Barcelona (comedy-drama) in 2008. She also released two albums, both of which topped the Billboard 200 charts: Anywhere I Lay My Head in 2008 and Break Up in 2009.

In 2010, she started doing the role of Black Widow in the Marvel Cinematic Universe. She was the voice of a computer operating system in the science fiction drama-comedy movie “Under the Skin” in 2013 who was playing as an alien and in Lucy of 2014 playing as a woman with psychokinetic abilities.

In 2016, she was the largest gross income actress as well as the biggest earning actress of all time in the North American area.

Scarlett Johansson stands tall at a height of 5 feet 3 inches, or 160 CM and Weighs around 56 kgs or 125 lbs. She has the perfect Body Measurements of 36-26-36. Scarlett Dress Size is 8 US or 40 EU. Her hair color is a natural brunette who later went to blonde and she has a beautiful pair of green eyes.

Scarlett is a famous actress who has earned a huge amount of worth through her hard work. She got a big sum of money from her roles in Avengers and Black Widow. Her total net worth is calculated at around $140 million.