Tiera Skovbye is an elegant Canadian actress. In 2017, she starred in the thriller film ‘One Small Indiscretion’, where she played the character of Elle. Tiera came into the spotlight for her role as Elizabeth Berkley in the comedy film ‘The Unauthorized Saved by the Bell Story’. She also got the major role in the mystery based drama series, ‘Riverdale’, where she appeared as Polly Cooper. 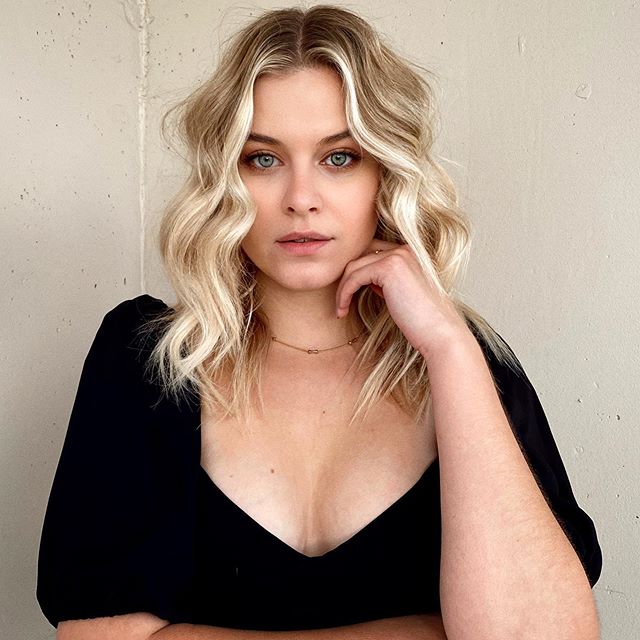 Tiera was born on 6th May 1995 in Vancouver, British Columbia, Canada. She hasn’t revealed her parent’s name yet. She has a younger sibling named Alissa Skovbye, who is a budding actress in the industry. Since her childhood, Tiera aspired to be an actress.

The elegant actress is 25 years old.

There is no information regarding her educational perks or qualifications. She enrolled herself for a professional acting course at Railtown Actors Studio in Vancouver.

Tiera Skovbye offset her career as a child actress. In 2007, she appeared in a minor role of Jane in ‘Painkiller Jane’. That same year, she was featured as Real Shandi Palmer in the drama television series, ‘Kaya’. In 2008, she starred as Young Bela in the American horror and mystery series ‘Supernatural’.

In 2010, Tiera portrayed the minor role of Darla Robinson in ‘The Troop’. She even appeared in ‘Dead Lines’ as Spencer Fyne and ‘Wishing Well’ as Sam Turner. In 2011, she starred as Alice Norton in a movie named ‘Three Weeks, Three Kids’.

2014 could be marked as the peak of her, when she was signed to play the role of Elizabeth Berkley in the American television film, ‘The Unauthorized Saved by the Bell Story’. She starred as Marley Crooge in ‘Christmas Icetastrophe’.

In 2015, she made her appearance in ‘Even Lambs Have Teeth’ as Katie. That same year, she portrayed the role of Young Agatha in the American science fiction crime drama, ‘Minority Report’. In 2016, she was featured as Deb in the series, ‘Dead of Summer’.

In 2017, she got the recurring role of Polly Cooper in the mystery drama series, ‘Riverdale’. She even appeared in the recurring character of Margot in the fantasy adventure drama, ‘Once Upon a Time’. In 2018, she played the character of Zoe Carmichael in the American romantic drama movie, ‘Midnight Sun’. In 2020, she appeared as Sam in the film ‘2 Hearts’ alongside Jacob Elordi. She got the main role in the Canadian medical drama TV series, ‘Nurses’.

The actress makes $1.7 Million USD per year. She pulls in a lot from several endorsements.

The adorable actress is currently dating Jameson Parker. In 2017, the couple announced their engagement through their respective social handles.

Tiera has an elegant height of 5 feet 9 inches and weighs around 60 kg. Her perfectly shaped measurements are 34A-24-35. She has green eyes and strawberry blonde.