Ty Wood is a famous Canadian actor. He is famous for his role as Austin/Vector in a science fiction drama series named “ReBoot: The Guardian Code”. Wood even made his appearance in the TV series ‘Project Mc2’ as Justin Clarke. He was presented with the award for Young Artist for his role as Billy Campbell in ‘The Haunting in Connecticut’ 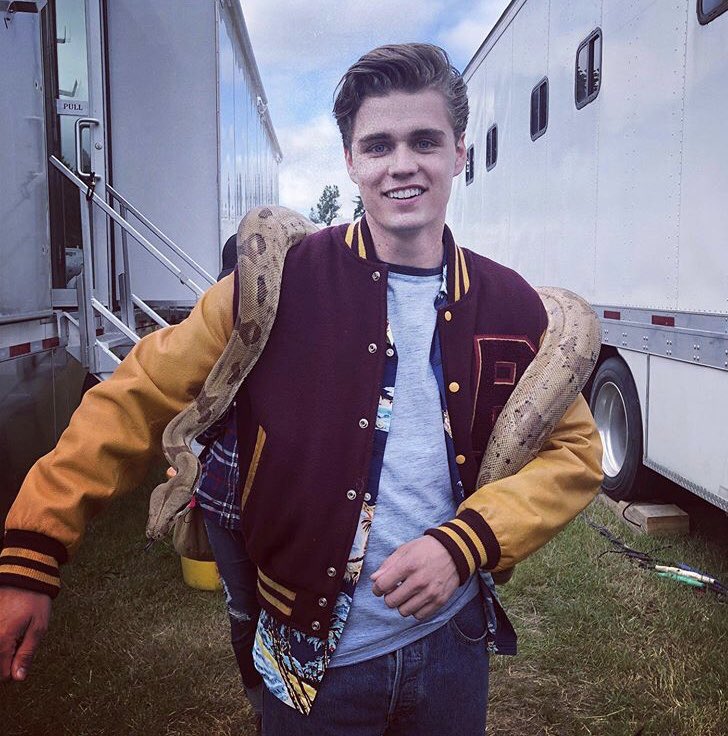 Ty Wood was born on 6th September 1995 in Winnipeg, Manitoba, Canada. He hasn’t revealed his father’s and mother’s names. Since his childhood, he had an interest in the entertainment industry. He even moved to Vancouver to pursue acting.

There is no information regarding his educational qualifications or perks.

At the age of seventeen, Ty made his acting debut. He starred as Young Richard Rogers in the film, ‘Hell on Heels: The Battle of Mark Kay’. He portrayed the role of Nate Kilmer in 2003 in a documentary movie called ‘On Thin Ice’. In 2005, he starred in two movies named ‘Vinegar Hill’ as Bert Grier and ‘The Big House’ as Paperboy.

He was featured in the role of Roy Satterly in 2007 in the natural horror film ‘Maneater’. In 2008, he portrayed the role of Young Ben Garvey in ‘The Lazarus Project’. He landed the role of Billy Campbell in the horror movie ‘The Haunting in Connecticut’ in 2009. His role as Billy was much loved by the audience and critics.

In 2010, he starred in a mini-series, ‘Keep Your Head Up Kid’. He appeared in the role of Matt Norman in the year 2012 in the movie, ‘The Christmas Heart’. In 2015, he portrayed the role of Bon in the original movie, ‘Lair, Lair, Vampire’. In 2016, he appeared in several TV series and movies including ‘Unleashing Mr. Darcy’ as Joe Markham, “Supernatural” as Doug, “Second Chance” as Liam, “Project Mc” as Justin Clarke (recurring role).

In 2019, he portrayed the role of Tyler in the horror thriller movie, ‘Spiral’. That year, he even starred as Gregory in ‘The Order’. In 2020, he appeared in the role of Billy Marlin in Netflix’s series, ‘Riverdale’. He will appear in the third part of the Sabrina series, which will air on Netflix in December.

Ty Wood’s estimated net worth is around $600-700k USD. He accumulated a lot of fortunes from his professional career. He even earns a lot from endorsements and commercials.

Ty Wood has a decent height of 6ft and weighs around 75 kg. He has a mesomorph physique. He has a pair of blue eyes and brown hair.

For more latest updates, stay connected on our hollywood website.