Uriah Shelton is an American singer and actor. He is best known for his role as Henry Matthews in the movie, ‘Lifted’. He even starred as Joshua Matthews in the comedy television series, ‘Girl Meets World’ that aired on Disney Channel. 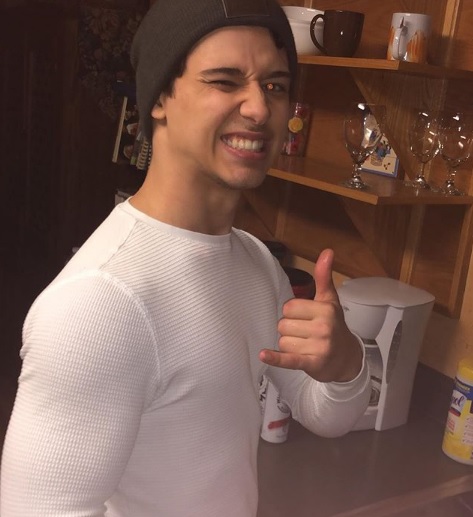 The handsome actor was born on 10th March 1997 in Dallas, Texas USA. He is the son of Allen Shelton and Cindy Shelton. He has a sibling named Charlie. During his childhood, he took professional courses in martial arts. He even learned how to play the piano. He also used to play soccer. Uriah’s parents enrolled him in a modeling class. He used to participate in several talent competitions because of which he was able to secure deals with agencies in New York City. He moved to Los Angeles with his family to brighten his acting career.

Uriah is 23 years old. He is an American by nationality and his ethnicity is multiracial.

There is no factual information about Uriah regarding his academic perks. At a very young age, he was exposed to the industry which may have halted his education for a while. He might have homeschooled because of his schedule. He even took several professional courses in acting.

In 2007, Uriah made his debut by appearing in the role of Prep School Kid in ‘Lower Learning’. During his initial period he appeared in many minor roles. In 2008, he starred as Tommy Wyatt in the movie, ‘Ring of Death’. He even made an appearance as Ben Chandler in ‘The Nanny Express’.

In 2009, he was seen playing the role of a Security Guard on ‘Opposite Day’. That same year, he featured in a web series called ‘Little Monk’ with Brian. In 2009, he made his appearance in many small roles in several series. In 2010, he got the breakthrough as Jeff Cargill in the series, ‘The Glades’.

The actor was able to procure the recurring role of Pratters in Netflix’s original series, ’13 Reason Why’. Similarly, he was seen playing a cameo role as Finn in ‘NCIS: Los Angeles’. In 2019, he portrayed the role of Longwell in a series adapted from a book named ‘Looking for Alaska’, which is written by John Green.

Uriah Shelton’s estimated net worth is around $2 million USD. He even accumulates a heavy amount of money from commercials and endorsements.

The handsome actor is dating an actress named Annelise Grace. The couple started dating in early 2019. Earlier, the actor was dating MacKenzie Heyman. Unfortunately, they called off their relationship within a year.

Uriah has a height of 5 feet 10 inches tall and weighs around 62 kg. He had dark brown eyes and hair.