Jordan Connor is a Canadian actor. Jordan Conner is known for his portrayal of Sweet Pea in the CW’s drama series, ‘Riverdale’, which aired on Netflix. In 2019, he made a major breakthrough in the Hulu series, ‘Looking for Alaska,’ where he appeared in the role of Kevin. Jordan is also famous for his roles in The Tomorrow People, Supernatural, and Lucifer. 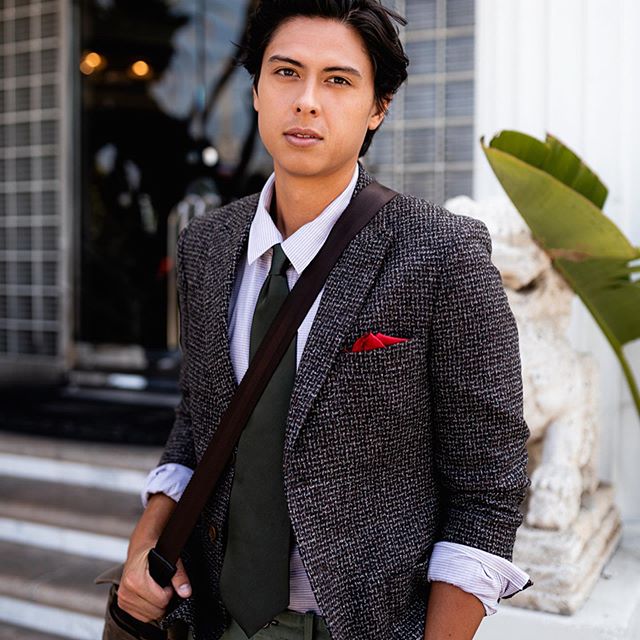 The handsomely talented actor was born on 17th September 1991 in Calgary, Alberta, Canada. Jordan hasn’t revealed his parents’ names. He has two siblings named Brad Yuen and Nicole Yuen. He moved to Vancouver with his family, when he was two years old.

He attended the University of British Columbia and Vancouver Acting School. In his school days, he used to play football. Jordan played football for the University of British Columbia Thunderbirds Unfortunately while playing for UBC, he encountered a leg injury. Due to this, Jordan Conner decided to leave football. Then he started his acting career.

In 2013, he made appearances in several short films including ‘Fighting Free’ as Adam, “Never Gonna Let You’, ‘Destroyer’ as Hockey Player. That same year, he was seen playing the role of Demon Sam in the series, ‘Supernatural’. He appeared in the role of David in ‘The Tomorrow People’.

In 2016, Jordan Conner was featured in the film ‘What an Idiot’ as Office Guy. From 2014 to 2017, he portrayed many minor roles in the series including ‘Ivy Tower’ as Ricky Brigola, ‘Backstrom’ as Stan Park, ‘Lucifer’ as Stoner Leroy, ‘No Tomorrow’ as Champagne Boy, and ‘You Me Her’ as Caleb.

In 2017, he appeared as Sweet Pea in the CW’s drama series, ‘Riverdale’. In 2019, he starred as Vince in the Canadian comedy series, ‘Hospital Show’. That same year, he was seen playing the role of Kevin in the American teen drama movie, ‘Looking for Alaska’, which is adapted from a book named ‘Looking for Alaska’ written by John Green.

In 2019, he was featured in the music video of Royal named ‘Vessel’. In 2020, he got a cameo role in ‘RuPaul’s Secret Celebrity Drag Race’. He will appear as Matteo in the Canadian medical drama television series, ‘Nurses’.

Jordan Connor accumulates a sum of $4 million USD. He also earns money from commercials and endorsements.

Jordan Conner has been dating  Jinjara Mitchell since 2013. In 2018, he proposed to Jinjara at a beach. The proposed pictures were shared by his siblings and friends. The couple usually shares cute photos on their social media handles.

Jordan is 5 feet 6 inches tall and has a weight of 58 kgs. His well-shaped measurements are 42-32-38 inches. He has brown eyes and blonde hair.

Jordan Connor has 1.2 million followers and his Twitter profile has 104k followers