Robert Pattinson is Eye candy for young girls who makes a substantial impact on every small part. He is the sexiest figure who dazzles the celluloid by his skills and charming persona. He started acting at a very tender age of 15 in the professional club and soon became a professional by the age of 18. 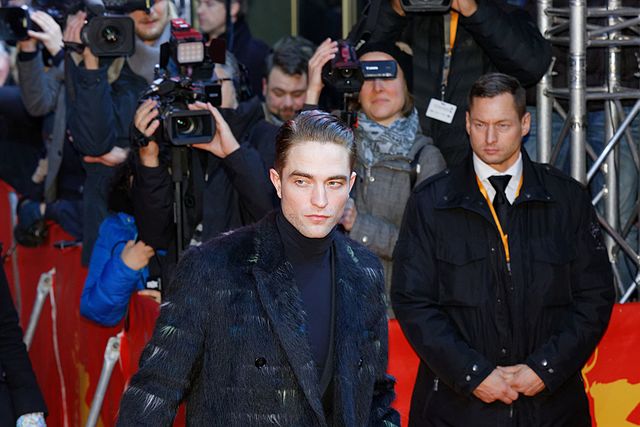 In the year 2005, Robert Pattinson played Cedric Diggory in Harry Potter and Goblet of Fire. He drew attention and soon the role of Edward Cullen in the “Twilight Series”. Between 2008-2012 he played the charming Vampire in love with absolutely fragile human Bella Swan. This was a fairy tale hard to believe, but somewhere it had a hidden message of love being the only ingredient for a successful love story — irrespective of colour, race or in this case a human and Vampire.

He grabbed significant awards for his performance in this series. He was also counted amongst Forbes 100 most famous personalities or actors.

He acted in romantic dramas “remember me” and “Water for elephants”. May be to challenge his all-time romantic and charming image he played a manipulative billionaire in David Cronenberg’s thriller Cosmopolis (2012).

Few other significant works include:

Pattinson has been a supporter of ECPAT(End of child prostitution and trafficking campaign). He is also a face of PACT(Parents and Abducted Children) and Goes campaign.

In summer 2009 Pattinson became close to The Twilight Saga co-star Kristen Stewart. Stewart was rumored to have dated director, Rupert Sanders. Pattinson and Stewart split but reconciled in October 2012. In the year 2013, the relationship finally came to an end.

In 2014, Pattinson began dating British singer but never confirmed it publicly. This linkup also ended in the year 2017.

Wax statue of Pattinson was added to the Madam Tussaud’s collection in London.

There are many other movies of Pattinson on board which will surely be huge box office hit. There is still a lot of magic left to be spilt on celluloid with his mesmerizing performance. Just wait and watch!

Robert Pattinson will be playing next batman. In a recent interview with Hollywood portal, Stewart revealed that she is curious to watch Robert in shoes of caped crusader Batman.

Tenet & The Devil All the Time are two upcoming projects on the checklist for 2020. There will be surely a plethora of new characters that Pattinson is going to portray on celluloid.

But the irony of the situation is that Robert Pattinson’s “Teen Vampire” image has made some of the Batman fans to go skeptical about Robert being the correct choice for the role. But let’s face it that actors have a multidimensional personality.

It’s unjustified to limit possibilities. There are many actors to have been equally useful in sitcoms, popcorn Blockbusters, Broadway Films, Art Films and many more.

It won’t be wrong to call Robert a walking painting. One can watch him all day without blinking eyes. He carries every look to its best. From Classy Black suits to casual types of denim, shirts. Even a simple beach look can make eyes roll.

Even when he does not act, it seems like he has a rhythm in his every action. He is the coolest star in Hollywood. His smile is the best accessory which he pulls up with almost every outfit. He is the actor of our generation who could make simple outfits and looks classy. There is the effortless charm associated with his personality, which makes him stand out.

There have been many controversies rolling around his batman role. Some of his fans are waiting eagerly to watch him as batman. On the other hand, critics are waiting to test him on different parameters. Let’s see what the future holds in its side for Robert Pattinson!

No matter what we all love him and wish to watch him again and again!