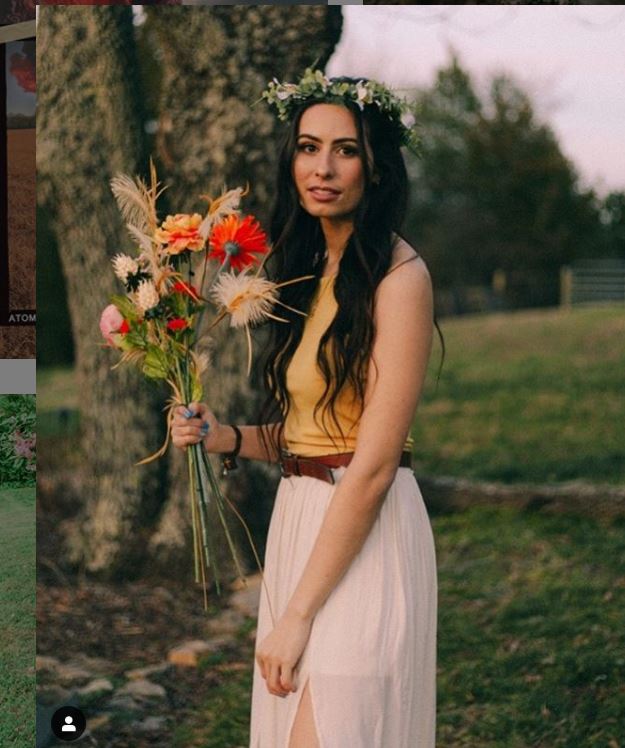 Back in 2007, Lauren and her six other sisters are the founders of The R&B band. Lauren plays piano and tambourine for their musical committee.

The lyrics of “I’m a Mess” song were written by Lauren along with her sister, Christina in 2016. Cimorelli is also known for her “Sad Girls Club” album.

Lauren Cimorelli was born in Sacramento, California on 12 August 1998. The versatile singer belongs to white ethnicity and stands at a height of 5ft 7 inches or 1.7 m. Her zodiac sign is Leo. Lauren is gorgeous with dark brown hair and brownish eyes.

As a part of her favorite hobby, she enjoys swimming and flag football. The singer has sarcastic humor and is entertaining which can be seen in her couple of Twitter posts.

Lauren’s social media handles are restored with numerous shots of her parents and siblings. According to Lauren, her father is the most encouraging, funniest, and supportive person in her life.

Her dad has motivated her every day to be positive, brave, and to behave toward every people with respect. The artist has also shared birthday wishes for her mother Lynne Cimorelli on her Twitter account on 31 May 2013.

Lauren has ten siblings and she is the seventh child of the gang. She has two elder brothers named Alex Cimorelli and Mike Cimorelli Jr. and four elder sisters named Katherine, Christina, Amy, and Lisa. The pop singer also has four younger siblings named Christian, Dani, Nick, and Joey.

In 2007, the oldest sister formed a group named Cimorelli which is made up of five sisters: Katherine, Lisa, Christina, Lauren, and Amy. In 2010, the group moved to Malibu when they got signed to ‘Island Records’.

In 2015, Lauren and her sisters decided to compose their own songs and moved to Nashville, Tennessee after leaving their record label. Lauren has gained popularity with her group by releasing 6 extended plays and 1 mix-tape called Hearts on Fire.

Their debut album, “Up At Night” got released on May 18th, 2016. Lauren and her sisters have performed all across the world, in Canada, the United States, Europe, the Philippines, and South America.

The pop singer doesn’t like to talk about her personal life to media because of which nothing is clear about her love life and dating history. Her sister Christina has recently posted on Twitter that Lauren hates the “Glitz and Glamour” of Dating on her sister’s behalf on 25 June 2018.

on 10 June 2018, a girl named Sophia once tagged Lauren in a Twitter post in which she asked the artist about her personal life. Sophia asked Lauren that when she is not dating, why is she frequently posting about love on Twitter. Lauren replied sarcastically that love and dating are two distinct things.

However, on 24 April 2016, Lauren posted a picture with her prom date but she didn’t mention whether he was her boyfriend or not.
In 2011, when Lauren was 12 years old, there was a rumor that she might be in relation to Ryan but Christina, her sister cleared all the gossips and stated that Lauren and Ryan are not dating.

Lauren Cimorelli has clearly mentioned that she isn’t interested in smoking, drinking, and having many past relationships in her life.