Being a family member of a famous celebrity always gets the perks of getting famous in the media through which people take an interest in knowing about them.

Similarly, in this blog, we are going to talk about one of the terrific hip hop Eminem’s brothers, Nathan Kane Samara who also has a curiosity in the rap game.

Nathan is a rapper, songwriter, producer, and recently started acting as well. However, the rap profession didn’t work for him so he later worked as an actor and a fitness trainer. 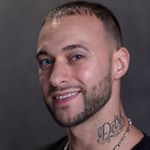 Nathan was born in Kansas City, Missouri, the USA on 3 February 1986. Eminem is fourteen years older than Nathan. Moreover, Eminem and Nathan both had a harsh childhood. They mostly criticize their mother Deborah Mathers for those troubles.

From Eminem’s song “My Mom” the struggles are notable where he has cited the title of Nathan too. Nathan did his studies at Roseville Elementary School, where even the school complained that Debbie had ignored and abused Nathan. He was then sent to foster care.

Samara was born to parents Fred Samara Jr and Deborah Nelson Mathers. His older brother is the world-famous Marshall Mathers also known as Eminem. He has step-siblings; two brothers and a sister named Sarah, Marshall (Eminem), and Michael.

Yes, Eminem is the half brother of Nathan. Despite having different parents, Nathan has a strong bond with Eminem. Later when Eminem became responsible for raising Nathan, he came back to take his brother away from foster care.

Nathan Kane Samara is now a happily married man. On May 7, 2018, he took the wedding vows with his long-term girlfriend Ashley Mae Mathers. The duo became husband and wife in front of family and close friends.

The wedding ceremony was a private one and took place in Miami Beach, Florida. Nathan and Ashley have been in a romantic relationship since 2001. 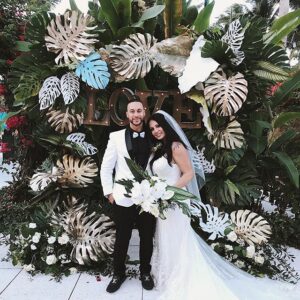 Ashley took to her Instagram to post about her marriage nine months into their relationship. She jotted down, “9 months in and you make it feel like yesterday.” The couple even shares three kids from their relationship; two sons and one elder daughter.

Ashley gave birth to these adorable kids before marriage. All the kids were present at the wedding. However, the names and other details of their children are not disclosed yet.

As an actor, he has shown his appearance in the music video, “Without Me”. He can also be seen in other music videos by Eminem
He made his first debut in the 2019 crime thriller movie “Devil’s Night: Dawn of the Nain Rouge” as Detective Liam O’Connor. His fans loved his performance in the movie. We hope very soon he will come up with more great movies.

As we discussed, Kane was not happy with his childhood. He considered his early life as a dark side of his life because of the abusive nature of his mother.

However, Kane was once arrested for drunk driving in 2009 for not enabling an ambulance to pass by. He failed the alcohol breath test. He was later released under the agreement. In 2018, he changed his surname from Samara to Mathers.

Nathan is a hard-working person who manages to be versatile through the performance in his work. He is one person with several bunches of talents like a rapper, personal trainer, DJ, and actor as well. The net worth of this talented artist is tallied to be 1million dollars.

Moreover, the net worth of his half-brother Eminem is calculated at around $210 million. According to some authorities, from his work as a DJ, Samara earns around $72,500 yearly. He even earns $73,160 as a personal trainer.