NLE Choppa is a popular American songwriter, rapper, singer, and social media influencer. He came into limelight after his hit single ‘Shotta Flow’ went viral on the Internet and gained 15 million views on YouTube. NLE’s hit single was ranked at number 81 in the list of ‘100 Hot Billboard’ chart and 33 in the ‘Hot R&B/ Hip-Hop song’ chart. After the great success of his video, there was a bidding war for singing him for many popular record labels, such as Republic, Empire, Caroline Records, Distribution, and Interscope. 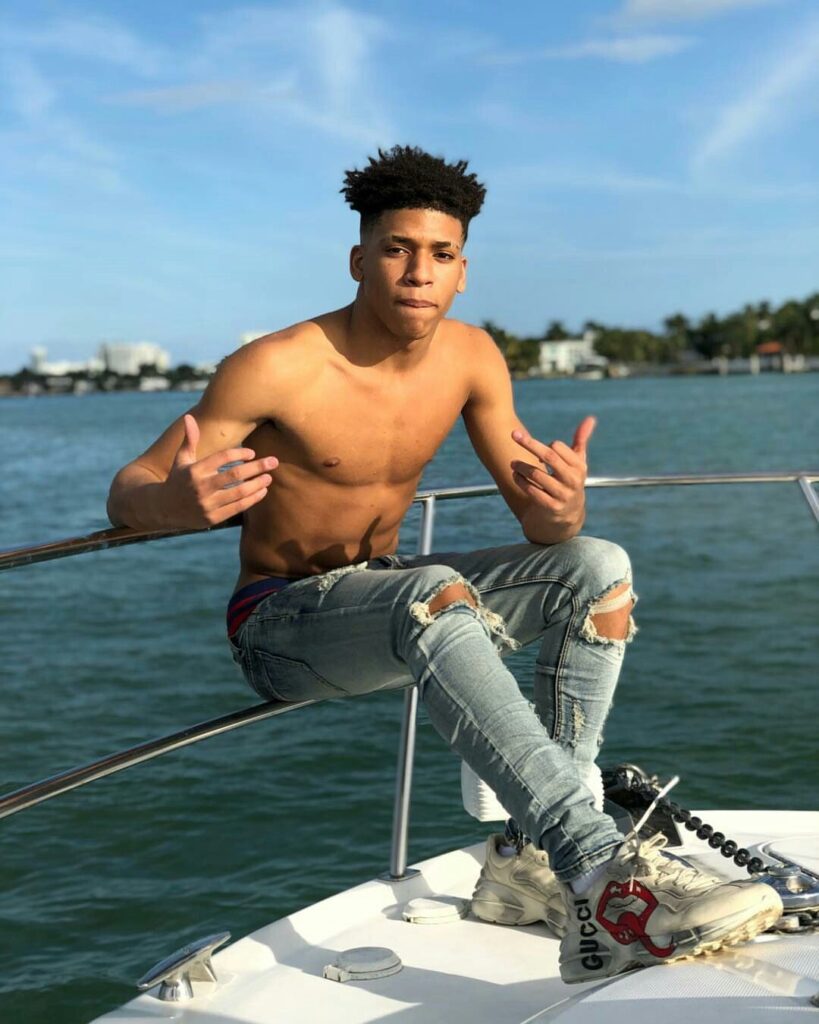 NLE was born on 1 November 2002 in Memphis, Tennessee. His real name is Bryson Potts. NLE’s mother is Angelita Ellis Potts and his father’s name is still unknown to the public. His mother is very popular on social media platforms. NLE’S is American by nationality while his ethnicity is multiracial. His mother is Jamaican while his father is African-American.

NLE attended ‘Cordova High School’. He plays basketball and even took karate training during high school. At the young age of 14, NLE started rapping with his friends. In 2017, he dropped his first single ‘No Love Anthem’. He is also famous for his dancing moves and dancing skills.

In January 2019, NLE released his first single ‘Shotta Flow’ which gained more than 15 million views on YouTube within a month. An American magazine called Pitchfork praised his song and announced it as the Song of the Day.

In March 2019, he dropped his sequel single ‘Shotta Flow Pt.2’ which gained more than 20 million views on YouTube within two months. His popularity and fame led to a bidding war for singing him among many popular record labels but he decided to sign with ‘UnitedMaster’.

NLE released his third single ‘Blocc Is Hot’ as a tribute to his favorite rapper, Lil Wayne. In December 2019, he dropped his first extended play, ‘Cottonwood’.

Also READ  Rod Wave Biography, Net Worth Wiki, Family, Education, Career, Relationship, Body Measurements and Facts
In March 2020, he released his album’s lead single ‘Walk Em Down’ in collaboration with Roddy Rich. In June, he dropped his fifth sequel ‘Shotta Flow 5’ to his first single ‘Shotta Flow’. The magazine stated that he has a ‘wild and rambunctious’ delivery in his verses.

Choppa has performed at the ‘Beale Street Music Festival’, his debut music festival.

NLE has an estimated net worth is over $7 million. At such a young age of 18, he accumulated a lot through his professional career and is currently leading a luxurious life with his family. He will continue to earn a lot throughout his career. In a short span of time, he was able to gain immense fame and popularity among people.

Choppa has not revealed anything about his romantic relationship with anyone. He might be leading a single life and focusing on his professional career or not disclosing his relationship. It seems that he likes to keep his personal life private from social media.

NLE has a gigantic height of 6ft 1 inch and a weight of 165lbs. He has black braided hair with brown eyes. His body measurements are 40-32-33 inches. He has tattoos in his different body parts.

HERES YO CHANCE TO BE THA NEXT #TOPSHOTTA. ENTER THE #CHOPPACHALLENGE NOW ON Rapchat. BEST FREESTYLE GETS HOOKED UP W King Icehttps://rapch.at/nlechoppa

NLE is active on social media. He has more than 1.5 million followers on his Instagram account and over 876k followers in his twitter account. He is also a YouTuber and his channel ‘NLE Choppa’ has more than 3million subscribers. He has an official Facebook page with more than 640k followers.