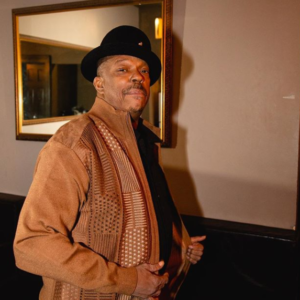 Yung was born in the United States as Michael Young on the 15th of November 1959. Scorpio is his zodiac sign. His parents raised him in Brownsville, Brooklyn area of New York City, and is very close to his family members. Nevertheless, he didn’t have enough money to fulfill his family’s needs and wants. In August 2017, his financial condition was so bad that to save his family’s house from being sold, he had to utilize Go Fund Me.

when coming to the personal life of Mike, there is not as much information in the media. He was once married for a long-time to his lady love named Lydia. Their marital life was a blessing and they even had children together. Unfortunately, his wife Lydia died in 2018. he was heartbroken and lost all hope after losing his wife, Lydia. He got motivated by his wife’s death and teamed with Martin Garrix, a Dutch DJ/producer, and released a song named Dreamer. Mike even gave a tribute to his late wife by releasing the song on 1st November 2018.

Before America’s Got Talent

Before his career on America’s Got Talent, Mike sang at Subway stations in New York City. A video of him went viral in 2016 in which he was singing The Righteous Brothers’ “Unchained Melody” in a subway station. In one week, the video got over 2 million views. He performed the song to promote it as the lead single of his album on The Late Late Show with James Corden.

After America’s Got Talent

Mike Yung’s estimated Net Worth in 2019 is around $1 Million – $5 Million (Approx.). His primary source of income is from soul singing.