Rebecca Gleeson is a well-known television publicist in Australia. She came to the spotlight after getting married in 1997 to the famous actor of Australia named Eric Bana. 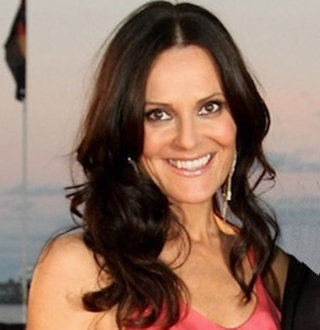 She is one of the celebrities’ wives of Hollywood, who is seen to be supporting their husbands in their work by standing strongly next to them and also by promoting their projects and attending premieres.

Her father, Murray Gleeson is the former Chief Justice of the high court of Australia. Currently, Rebecca is 49 years old. Her exact date of birth is yet to be confirmed.

Her educational history is still not known to the media. In 1997, Rebecca married the famous Australian actor and comedian Eric Bana.

The couple fell in love at first sight and both started dating each other. From Oz’s Cleo Magazine, Eric received a free trip to New York for winning the “Bachelor of the Year” award in 1996. On the trip, he decided to take Rebecca along with him and in the Big Apple, he proposed her.

The proposal was shocking for Rebecca and she became excited and said yes. The couple fell in love and decided to take wedding vows in 1997.

Rebecca’s career started by being a publicist in the Australian network channel, Seven Network.
She was a part of the publicity crew in 1994 for a comedy series “Newlyweds” featuring Christopher Gabardi and Annie Jones.

Next, she worked for the crime drama series “Blueheelers” for five episodes as their publicist. Her last work gaining credit is her role for the comedy show in 1995 “The Eric Bana Live Show”.

Since 1995, Rebecca works on projects that grab her attention. Rebecca is now mostly seen in the media with her husband Eric often attending ceremonies and important events.

Being a publicist, she does not have any social media accounts but she loves to talk about her proud family. She let her husband talk more about their lives to the media.

Eric Bana also is known as Eric Banadinovi is an actor and comedian of Australia who was born in Melbourne, Victoria, Australia on 9 August 1968. Eric started his acting career in “Full Frontal”, the sketch comedy series.

He made his first debut album in “The Castle” (1997) a comedy-drama in which he got fame and was noticed by the audience. Later, he was cast in the crime film, Chopper (2000).

He did several television series and movies including Troy (2004), Munich (2005), The Other Boleyn Girl (2008), Star Trek (2009), and many more grabbing lots of awards for his performance in the projects.

Rebecca’s current net worth is calculated at around $80 million. She has earned this income by her career as a publicist and being a wife of Eric Bana.