Rod Wave is a well known American Rapper, Singer, Songwriter, Social Media Star, and Musical Artist from St. Petersburg, Florida. He rose to fame after releasing his single “Heartbreak Hotel”. He released his single on his YouTube channel. He gained immense popularity and fame throughout his professional career. 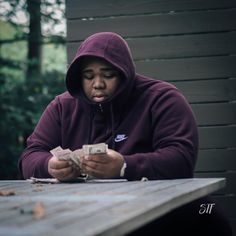 Rod was born on 27 August 1998 in St. Petersburg, Florida. Rod’s birth name is Rodarius Marcell Green. He hasn’t revealed any information about his parents, including their names. His father was a street fighter and was in jail for several years.

For many long years, Rod and his mother faced financial issues. His parents decided to end their marriage when he was in elementary school. Marcell got involved in several illegal activities such as stealing money, drugs, breaking into cars, etc. He spent several months in jail. He was also jailed for activities like robbery and carrying concealed weapons.

Marcell’s life took a turn when his father came out of jail. He brought his son’s life on track and helped him graduate from a local school.

Rod hasn’t revealed any information about his academic perks. He has done his schooling from a local high school.

Rod’s father bought him a microphone and his brother gave him a laptop and guided him to compose tracks. Rod started composing tracks based on his past experiences. At first, he started doing it for fun but later a producer saw his talent and potential. The producer recommended him to release his tracks.

In 2016, he released his first song ‘Heartbreak Hotel’ and earned fame through various concerts. After two years, he signed with Alamo Records. After releasing his three mixtapes, he dropped his debut LP, Ghetto Gospel, in 2019.

He later signed with a music agency called Hit House Entertainment. Some of his notable tracks include HeartBreak Hotel, Tomorrow, Heart on Ice, Cuban Links, Green Light, Poison, Sky Priority, and many more.

Rod announced his upcoming collaboration with Lil Baby, a well-known rapper and vocalist.

Rod Wave has not revealed anything about his relationship status. Even his social media accounts are all about his work and family. He may be single or maybe secretive about his romantic relationship.

Rod Wave’s estimated net worth is over 1$million. He earned a lot throughout his professional career. He has done several concerts. He owns a huge mansion. Currently, he is living a luxurious life with his family. He owns many luxurious cars and a lovely pet.

Rod Wave is active on social media platforms. He has more than 3million followers on Instagram. He joined Twitter in 2016 and has more than 600k followers. He has an official Facebook page with 159k likes. From his social media accounts, we can conclude that he has a huge number of fans and followings and is very much popular in the music industry.

● Rod started composing tracks for fun.
● At the age of 18, he decided to pursue his career in music.
● Once he got detention for his school for carrying a pellet gun.
● Rod has a male sibling but his name is unknown to the world as his parents.
● He hasn’t revealed anything related to her mother until now.