Among the list of popular celebrity wives, Tania Colonna is well known as the life partner of Glenn Beck. Glenn is a popular producer, television and radio host, political commentator, and filmmaker as well. He started his career on the Fox News Channel. At the moment, he is assisting on his own show Glenn Beck on The Blaze. 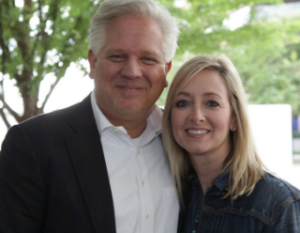 Tania Colonna was born in New Haven, United States of America in 1972. Her exact date of birth is still under review. She was born to parents Mary Ann Colonna and Vincent Colonna.

Her father, Vincent Colonna, served as an insurance officer. Her mother, Mary Ann Colonna, worked as an assistant at Yale University to the director.

Tania’s educational details are not available but it is certain she has done her schooling in her motherland, New Haven. She holds an American nationality and belongs to white ethnical background.

Tania is living a happily married woman living a blissful married life in the United States, along with her spouse and her kids. After dating her long term sweetheart, Glenn Lee Beck, the duo decided to tie the wedding knot. The pair became husband and wife at The Church of Jesus Christ of Latter-day Saints in 1999 in the presence of their families and other close friends. Tania Colonna is always with Glenn in any serious situation which makes her a very supportive and caring wife.

Glenn Beck was once suffering from a terrible neurological disorder. During a tough time, it was Tania who supported him and taken his good care. He also spoke a few words about his wife:

“I honestly believe with all my heart that I wouldn’t be alive today if Tania was not there. She has lent stability and strength to my life that is impossible to overstate. I don’t like doing things without her were not co-dependent were in love. I am less than half the man when I’m not with her. Tania and I are truly a partnership, and our marriage works because we work at it together.”

Presently, with their four children, the couple is living a decent life in New Canaan, Connecticut. 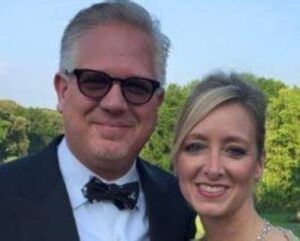 Tania is the mommy of four wonderful children. Soon after their marriage, before they had their own child, in 2004, they adopted a baby boy as their first child and named him Raphe Beck. In 2006, the couple were blessed with their first biological daughter, Cheyenne Beck. She is the step-mother of two gorgeous daughters, Mary Beck and Hannah Beck, from her husband’s ex-wife.

Tania Colonna works at Mercury One, her husband’s non-profitable charitable organization. She is one of the board of directors of three members.

The association has provided monetary help to many regions throughout the world. She also participated in a game on WKCI-FM and achieved a Sony Walkman.

This is the first and last marriage of Tania, but her husband is a divorced man. Glenn first wedded in 1983 to Claire Beck. Before trying their knot, they had been dating for some time. They met each other at WPGC while working there.

Their friendship turned into a relationship soon after meeting. Since their marital life, they have shared two daughters named Hannah Beck and Mary Beck. However, after a few years, some issues kept on rising and this happy relationship came to an end in 1994.

As per authorities, Glenn was found to have started using drugs and chemical substances. Soon after the separation, Glenn started living a healthy life and stopped all the bad habits. After the divorce, both of his daughters lived with Glenn.

Tania Colonna’s net worth is estimated to be more than $500 thousand. She is presently working as one of the founding members of Mercury One, a nonprofit charitable organization.

Tania is also enjoying her husband’s net worth which is calculated around $250 million. Glenn Beck is the owner, founder, and CEO of Mercury Radio Arts, which is also the parent company of “The Blaze”, his radio and TV network. He collects an annual salary of $20 Million which clearly tells how well enough money is to live a luxurious life.