Brianne Tju is a renowned American actress. She came into the spotlight after her role as Alex in the horror film named “Light as a Feather”. Her role as Jasmine in the comedy-drama series, “Life After First Failure” earned her recognition and popularity in the entertainment industry. She made her appearance as Haley in the Disney Channel’s comedy series, “Cory in the House”.

The handsomely talented actress was born on 14th June 1998. Her birth name is Brianne Ashleigh Tju. She was born to Chris Tju and Nancy Tju. Tju has four siblings named Christopher Tju, Katelynn Tju, Lauren Tju, and Haley Tju. She is an American and has multiracial ethnicity. From her early life, Brianne possessed an immense interest in the entertainment industry, which probably led her way in the industry.

Brianne completed her high schooling at Ruben S. Ayala High School. She graduated from the University of California.

Brianne started her career as a child actress. In 2007, she made her on-screen acting debut. She starred as Haley in the American TV sitcom, ‘Cory in the House’, which aired on Disney Channel. In 2010, she got the recurring role of Genji Cho in the family drama series, ‘Make It or Break It’. That same year, she appeared in the character of Robin in the comedy series, ‘Sons of Tucson’.

Brianne even portrayed some minor roles in the series like ‘So Random!’ as Cassy and ‘Save Me’ as Riley. Even though her roles were minute, she was able to attract the attention of the audience and critics. In 2013, she played the role of Taylor in a TV sitcom named ‘See Dad Run’. He got the role of Alex in the comedy TV series, ‘Liv and Maddie’ in 2014.

In 2015, she was seen playing the role of Mary Jane in a faith-based movie, ‘Pass the Light’. She appeared in two series in 2015, named ‘The Thunderman’ as Joanie and ‘Scream’ as Riley Marra. In 2017, she made her big-screen debut. She portrayed the main role of Jasmine in the series, ‘Life After First Failure’.

In 2018, she played the character of Alex Portnoy in the horror TV series, ‘Light As A Feather’. Her role as Alex was much appreciated and caught the attention of the audience and critics. That same year, she landed a minor project called ‘The Blazing World’ as Kelly. 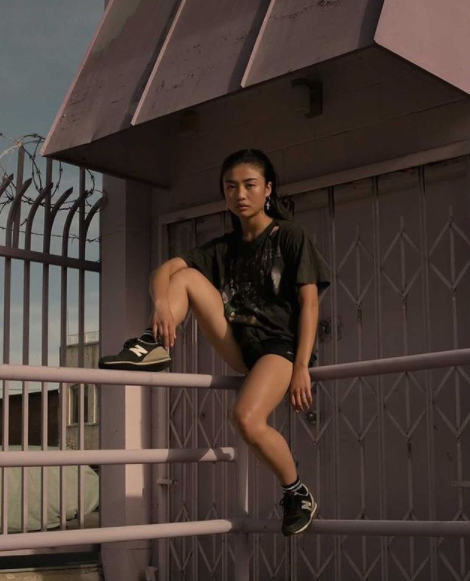 Brianne Tju’s estimated net worth is around US$ 500-550k. She earns a handsome amount of fortune from endorsements and commercials.

Brianne Tju is very secretive when it comes to her personal life. She tries to keep her private information away from her social life. She hasn’t made any revelations about her romantic relationship with anyone.

Brianne Tju is 5 feet 1 inch tall and weighs around 50 kg. She has a dusky complexion with a pair of adorable brown eyes and hair. Her perfectly shaped body measures 30A-24-31 inches.

Brianne has an immense fan following on her social media accounts. She gathered around 68k followers and her Twitter account has 10k followers.